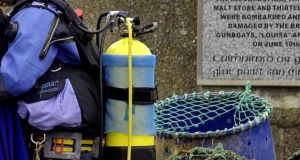 Two firemen rescued a man from the Shannon river on Monday in “dangerous conditions”.

Limerick City Fire and Rescue service were alerted to the scene after receiving a report at about 7.15pm that a man was threatening to jump into the river at Barrington’s Hospital, George’s Quay.

Three units of the fire service were dispatched to the scene. On arrival the man, who is in his 30s, was seen entering the water.

Two firemen, wearing swift-water rescue equipment, jumped into the river and reached the man within seconds, bringing him to safety at Curragower boat club.

The two fire fighters are specially trained in river rescues.

The man was taken to hospital by ambulance where his injuries are not believed to be life threatening.

A witness to the incident said the firemen entered the water in “very dangerous conditions”.