Over €300,000 donated in fundraiser still not handed over to Irish Autism Action 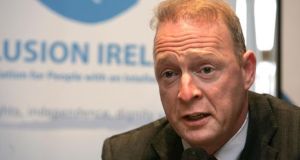 Early Childhood Ireland is to freeze €300,000 raised for Irish Autism Action (IAA) from a Pyjama Day fundraiser for another month while it further scrutinises the charity’s use of money from previous events.

In August, the board of Early Childhood Ireland, a State-funded children’s advocacy organisation, announced it was withholding €300,000 from Pyjama Day 2016 in light of questions over financial accountability within IAA.

Parents of autistic children had criticised IAA for its decision to drastically reduce the number of families it would provide outreach services to, and were unhappy about a perceived lack of clarity regarding the charity’s accounts.

Now, in an update provided to The Irish Times, Early Childhood Ireland says it has received submissions and assurances from IAA regarding its operations, but will hold on to the money until its next board meeting at least, which will take place on November 14th.

In the meantime, a subgroup comprising members of its board is to further “examine” IAA’s use of the €312,000 raised during Pyjama Day 2015.