Concern over ‘witch hunt’ against Roma 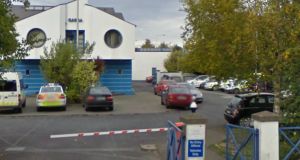 Traveller support group Pavee Point has expressed concern about the danger of “witch hunts” and racism against vulnerable members of the Roma community on foot of widespread publicity over a child protection case.

Their statement came after gardaí took a child from a Roma family into HSE care after members of the public reported their suspicions she had been living as a member of the family but was not a blood relative .

“Actions by the State need to be evidence-based and due process needs to be accorded to all communities living in Ireland,” Pavee Point said in a statement.

“There is a real danger that precipitative action, undertaken on the basis of appearance, can create the conditions for an increase in racism and discrimination against the Roma community living here.”

A Pavee Point spokesman said that while there were many child protection issues for Roma families, many of these were “largely due to laws which impede their access to work and social welfare”, which deny them access to State supports and forcing Roma families to live in poverty.

The European Roma Rights Centre also raised concerns that reporting of such cases could strengthen prejudices.

“The risk here is that prejudices will be reinforced against Roma, for example that Roma is stealing babies or that Roma are involved in trafficking and that this is part of the culture, which is not true,”Dezideriu Gergely of the European Roma Rights Centre told RTÉ Radio today.

Research had found that trafficking does not have anything to do with ethnicity but with “ poverty and low levels of income and education and and other features which are common for any impoverished group” he said.

“The expectation now is from authorities presumably that they could go into any Roma community and search for any child which is of light skin which also is very subjective,” Mr Gergely said.

The Dublin Roma family has insisted the child is “100 per cent” theirs.

Gabby Muntean is a support worker and member of the Roma community who has been in regular contact with the parents. “They are very upset. They have told me the child is 100 per cent theirs and have offered blood tests and DNA tests to prove this,” she said.

“Now, they just want their daughter back. It hard to see any reason why his happened, other than the reports from Greece... there are plenty of blonde-haired, blue-eyed children who members of the Roma community.”

Ms Muntean said the family has been based in Ireland for more than seven years and that the parents insisted the child was born in a Dublin maternity hospital.