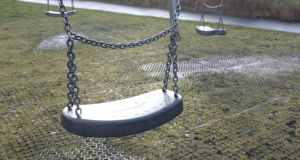 A Tusla report has found that some child protection managers are not satisfied that high-risk children can be kept safe. Photograph: Bryan O’Brien/The Irish Times

Six out of 17 Tusla child protection area managers have said they are not satisfied that all children at highest risk in their areas can be kept safe, a newly published report has found.

Area managers in the Child and Family Agency in Dublin North, Louth/Meath, Cavan/Monaghan, the Midlands, the Midwest and Sligo/Leitrim/West Cavan told a review team they were not confident all children at highest risk were being responded to.

The report of the 2015 national review of cases awaiting allocation said that, of more than 27,300 child protection cases open around the country on February 28th this year, 8,865 had not been allocated a social worker.

It also said that, based on an in-depth sample study of 650 unallocated cases, 1,600 cases nationally required urgent and immediate follow up.

The numbers of unallocated cases vary widely across the country.

There were no cases awaiting allocation in Kerry.

In Dublin North Central, 10 per cent of cases were waiting, and the figure in Donegal was 26 per cent.

However, in Dublin South West, which takes in parts of Kildare and Wicklow, the figure was 52 per cent.

Of the 650 sample cases, one case, in the Midlands, had been awaiting allocation of a social worker for up to five years.

The majority of the sample cases were waiting less than a year.

In one area, the Midlands, more than 60 per cent of the sample cases were given an incorrect priority level.

And 118 of the sample cases examined nationally contained sufficient risks when reviewed to be “escalated on” to an area manager.

The risks included cases with serious reports of domestic violence while children were present, and some cases where children had disclosed physical violence or had visible bruising.

The report noted that, in the cases escalated, it was possible social work teams had carried out some level of assessment, but had not recorded it in the files.

The highest numbers of escalations were in Cork, the Midlands and Louth/Meath.

The average caseload assigned to social workers also varied across the country, from 17 in the Dublin South East/Wicklow area to 42 in the Carlow/Kilkenny/South Tipperary area.

The report concluded that the lack of response in unallocated cases was due primarily to the capacity of social work teams to respond in a timely way to referrals.

It also said there were clear inequities in the distribution of staff, as well as issues with internal process and management in some areas.

Head of Tusla Gordon Jeyes has said the agency, which was set up in January 2014, will need additional funding of €25 million “merely to keep pace”.

He told an Oireachtas committee last week that 280 additional social workers were required for the service to work effectively.

She said the variation in cases with unallocated social workers across the country amounted to “a geographic lottery for children”.

The agency was not supposed to be an “ambulance service”, she said.

“We are turning it into a crisis intervention service; what we need is a child welfare and family support service,” she added.

“How can we intervene earlier if we are not resourcing the agency appropriately?”