By the manner of his death, Donal Walsh has left a reason to live

Opinion: Kerry teenager’s gift in the final weeks of his life was to make us savour what he cannot 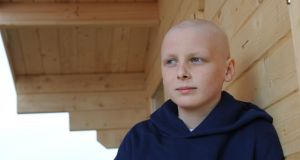 When my mother was dying of cancer, she wanted more than anything to be outside. One day we all drove to Kennedy Park outside New Ross and wandered among the trees. We came to a hedge of conifers through which the wind blew, tossing it around like brushed velvet. My sister and myself raced across the rough grass to touch it. Then we ran back laughing to where my mother sat in her wheelchair.

“I would give anything, anything”, she said, “just to have been able to run across and touch that hedge.”

I think of that moment whenever people talk about a hunger for life. My mother had it. Charlie Haughey had it. The day he died I was driving through north Dublin and loving how the wind and sun played in the trees and thinking how Haughey would have revelled in this wild summer’s day. I was no friend of his. I spent most of my journalistic life pointing out the malign influence he had on politics, but one thing I’ll grant him – he had a passion and a hunger for life.

So did Garret FitzGerald, Brian Lenihan, Maureen Potter, Maureen Toal, Luke Kelly, John McGahern. People who have that joie de vivre , that determination to enjoy every moment, add to life’s value for the rest of us. They make us realise that life itself is the prize, that we have already won, just by existing.

Those of us who are getting older are more likely to realise that anyway. There’s nothing like a deadline to concentrate the mind, and death is the ultimate deadline, so we stop to enjoy the first chestnuts or the last blush of a June sunset. We enjoy the moment. It’s called the wisdom of age.

That’s why it’s so extraordinary to hear that same wisdom coming from a 16-year- old – except that Donal Walsh’s deadline had already been set for him by cancer. So he was old and wise in the way that those of us whose options are closing are old and wise and yet it was with a young man’s hunger that he tasted the world and yearned for it. That is why his message is so sharp, so powerful. He was already mourning not only what he knew but what he would never know.

There is a chance that his own generation will listen to that voice, urgent and poignant as it was, and its plea to choose life, not suicide. It is a relief to come across people as brave as Donal and his parents, who have broken the taboo that stops us talking about death.

He laid out for us all that would be lost: all the fun that bubbles through his video, goofing with family and friends; the rugby life he once hoped for with Munster; the love of his parents and sister and friends. And then he poses the question – why would you choose to leave all that behind, if you had a choice? He had none.

Because just as those who are hungry for life make the rest of us value it more, those who die by suicide devalue it. Of course, that’s not what they set out to do but that’s the effect. It is a vote of no confidence in our common existence. It makes us all question what we’re doing here.

There isn’t one of us who hasn’t been touched by the suicide of a friend or relation. We first mourn the one we have lost. We may even be angry with them, but we then start to ask whether they knew something we didn’t and whether life is really all it is cracked up to be.

What Donal has left behind, on the other hand, is a reason to live, a reason to taste all the life he cannot taste. This is a gift to his own generation, scourged by suicide, a gift from a young man in his final weeks of life, to make us savour what he cannot.

Because existence itself is a privilege. The urge to achieve, or the disappointment that we haven’t, ignores the fact that the most important thing to do with life is live it. I do not now belong to any church so I rarely quote scripture, except for one line from Luke which captures, I think, the spirit of what Donal Walsh was trying to say about those of us lucky enough to be alive: “Consider the lilies, how they grow: they toil not, they spin not and yet I say unto you that Solomon in all his glory was not arrayed like one of these.”


Olivia O’Leary is a journalist and broadcaster. She presents her political column on RTÉ’s Drivetime programme on Tuesdays