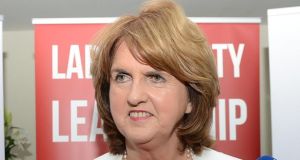 Minister for Social Protection Joan Burton, who sponsored the legislation, said last night that the process that led to a new draft of the Bill had helped give a better understanding of the “complex issues that are being addressed”. Photograph: Eric Luke

Transgender people aged 16 and over will be able to have their gender legally recognised under proposed legislation.

A new draft of the General Scheme of the Gender Recognition Bill published yesterday allows for the lowering of the allowable age of recognition of the acquired gender from 18 to 16 years.

However, for those aged between 16 and 18 there are two additional safeguards that must be adhered to before the acquired gender is recognised.

The lowering of the age of recognition, with the two safeguards, has resulted from a recommendation from the Oireachtas Committee on Education and Social Protection, which studied an earlier draft of the proposed legislation.

Minister for Social Protection Joan Burton, who sponsored the legislation, said last night the process helped give a better understanding of the “complex issues that are being addressed in this legislation”.

The legislation will allow a person to have their acquired gender fully recognised for all purposes, including dealings with the State, public bodies, and civil and commercial society.

They would then be able to apply for a new birth certificate.

“It will be a streamlined and dignified process which protects all concerned and ensures that the registration process will be robust,” said Ms Burton.