Banksterity strategy is built on ignorance 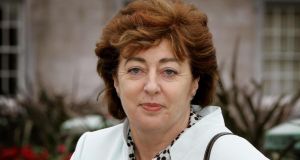 Independent TD Catherine Murphy last week released documents showing that, in the last six months, 58 per cent of all parliamentary questions about the operation of the Department of Social Protection were answered privately, so that the replies are not on the public record. Photograph: David Sleator

Ignorance, by definition, is negative. It is the state of not knowing. But that doesn’t mean ignorance is a mere absence. It is created and constructed and managed – especially in politics and especially in Irish politics. It matters greatly to the disastrous strategy of banksterity that its most severe human costs should be kept out of sight and out of mind.

Those who bear those costs know all about them, of course. But their suffering must remain personal. It must not enter into the really important national discourse in which, as the Taoiseach told us last week, we are all heading for “higher ground”.

And so we have a clear and consistent policy, applied with equal enthusiasm by the last government and the present one, of suppressing dissent and obscuring bleak realities. Massaging figures, silencing independent voices and refusing to publish information – these tactics are essential to the maintenance of the fiction that Ireland is a great success story.


Four groups
There are four groups of people who suffer most under the current regime: those who have lost their jobs; those who depend on social welfare; users of the public health service who do not have private insurance; and already marginalised groups such as Travellers and people with disabilities. Let’s see how the construction of ignorance works for each of these groups.

1: the unemployed. Ask anyone who follows the news and they will tell you unemployment is high but stable at about 14 per cent of the work- force. In fact, it’s much higher and it is not stable – it’s getting much worse. The International Monetary Fund pointed out in its latest review of the troika programme that real unemployment, including those involuntarily working part- time and “workers only mar- ginally attached to the labour force”, is 23 per cent, a figure it described as “staggering”.

And the nature of this unemployment is getting steadily more toxic – the real harm is done when people are out of work for more than a year, a category that includes 60 per cent of the unemployed, and that is growing all the time. The difference between the official figures and this reality is that between “stable” and “staggering”.

2: users of the welfare system. Last week, the Independent TD Catherine Murphy released some very striking documents showing that, in the last six months, 58 per cent of all parliamentary questions about the operation of the Department of Social Protection were answered privately, so that the replies are not on the public record.

To put this in context, 2.5 per cent of questions to the Department of the Environment are answered in this private way. According to Murphy, the questions she has submitted were largely “about systems and procedures”. The effect of this strategy is to create as much ignorance as possible about the way decisions that affect vulnerable people are being made.

This move comes on top of the destruction by the previous government of the Combat Poverty agency, which had an independent remit to analyse the effects of public policy on the poor. One of the first moves in the shaping of banksterity, indeed, was the “integration” of Combat Poverty into what is now the Department of Social Protection, very deliberately destroying that independence.

3: users of the health system. Two independent groups have been monitoring the health system as it affects patients: the Irish Patients’ Association (IPA) and the Irish Society for Quality and Safety in Health (ISQSH). Both are highly respected and responsible bodies.

The Government, through the Health Service Executive, has taken the axe to both. In February, the IPA had its State funding withdrawn. Last week, the ISQSH met the same fate. This is not about money – the total involved for the two organisations is €307,000, a fiscally irrelevant sum. The move against these organisations is entirely about the construction of ignorance.

4: marginalised groups. Almost as soon as the banksterity policy was put in place in 2008, the then government declared war on the (small and inadequate) human rights infrastructure to which migrants, Travellers, people with disabilities, the mentally ill and people suffering from discrimination could look.

A range of bodies – the Equality Authority, the equality tribunals, the Irish Human Rights Commission and the National Consultative Committee on Racism and Interculturalism were abolished, merged and/or so badly cut they cannot be effective.

The new merged Irish Human Rights and Equality Commission has still not been properly constituted, even though its “designate” board met for the first time last week. There is little prospect that it will be given the funds to operate effectively.

What you get if you put all of this together is not an accidental weakening of scrutiny of, and dissent from, the banksterity plan. It is a determination that the human cost of that plan be removed as far as possible from the official image of national triumph. It is the conscious cultivation of delusions – the very strategy that led us to this disaster in the first place.