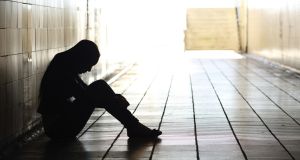 The youth has been assessed as being unable to live independently but he is a danger to his siblings and the CFA has indicated the siblings may be removed from the family home if he returns to it. Photograph: Getty Images

A young adult who has severe autism and a history of violence and self-harm faces homelessness or his siblings being taken into care unless an agreement can be reached between the Health Service Executive and the Child and Family Agency (CFA).

The young man, now aged 19, was placed by order of the High Court, in a secure unit in the United Kingdom in early 2013.

He has been assessed as being unable to live independently. However, he is a danger to his siblings and the CFA has indicated the siblings may be removed from the family home if he returns to it.

His parents and guardian ad litem are seeking another year’s care for him in the UK where he has, the say, made great progress. He has done well in GCSE exams and has an opportunity to progress to third level, but requires ongoing intensive supports they say are not available in Ireland. They say with another year he may be able to live with some independence.

The HSE, however, has said it will not fund another year at the UK unit but will provide 30 hours per week support. Where he would live has not been addressed.

The case, described as “urgent”, was before the High Court yesterday. Donal Ó Muircheartaigh, counsel for the young man’s guardian ad litem, told Ms Justice Bronagh O’Hanlon there was “no transition plan, no proper aftercare plan”.

“As it stands he is going to be transitioned back here in an unstructured manner. From the guardian’s point of view, he, the parents and the CFA are all of the agreement that he cannot go home straight away without the various support.”

If he could not stay in the UK unit, “there needs to be the CFA and the HSE sitting down with the parents and the family to come up with a proper, workable structured solution,” said Mr Ó Muircheartaigh.

It was a “funding issue between the CFA and the HSE”, said Ms Justice O’Hanlon.

Brian Barrington, for the parents, asked for a hearing to ascertain how the young man’s care should proceed.

Sarah McKechnie, for the HSE, said “absolutely not”. There was no motion against her client and a hearing would take two days, she said.

Ms Justice O’Hanlon said it was “not physically possible” for her to facilitate a hearing in her court before the end of next week.

She suggested they seek a hearing before another High Court judge before the end of next week. “There is an urgency,” about the case she said and asked parties to return to her court before Friday to update her.