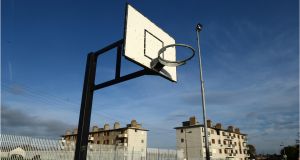 Councillors last month voted in favour of a motion from Workers’ Party councillor Éilis Ryan requiring all of the 479 planned new homes which will replace the dilapidated O’Devaney Gardens complex (above) to be “public, mixed-income housing”. File photograph: Dara Mac Dónaill/The Irish Times

The Dublin city councillor behind a motion to redevelop O’Devaney Gardens as a public rental-only complex has appealed to her fellow councillors to continue support for the proposal, against council management advice.

Councillors last month voted in favour of a motion from Workers’ Party councillor Éilis Ryan requiring all of the 479 planned new homes which will replace the dilapidated 1950s complex to be “public, mixed-income housing”.

Under this scheme, all housing on the site would be rented from the council, with 50 per cent of homes rented to applicants on the council’s housing waiting list, and 50 per cent rented to households earning above the social housing threshold, but with “demonstrated housing need”, who would pay higher rents in line with their income.

However, the council’s executive housing manager Tony Flynn last week warned the motion was not compatible with the existing planning permission for the site and its implementation would significantly delay the development of the new estate.

Ms Ryan has written to councillors asking them to continue their support for the proposal.

“It is worrying that the council’s management have already sought to undermine the potential for the motion to be implemented.

“The planning permission granted for O’Devaney Gardens stipulates a combination of social and ‘either private or affordable’ housing, rather than social and private, as suggested by council management,” she said.

“Affordable can certainly be interpreted to include a public rental model - rather than being necessarily private.”

Fine Gael councillor Paddy McCartan, who had voted against the motion, said there had been no indication from officials at the time of the vote that there was an issue with the planning permission.

“Perhaps if there was, more people would have voted against this hair-brained proposal,” he said.

The chairman of the council’s housing committee, Sinn Féin’s Daithi Doolan, who voted in favour of the motion, said his party would be taking legal advice on whether it contravened planning.

“We want to maximise social housing on this site, and we want to ensure there are no blockages to its development, so we will seek a legal opinion and not make any knee-jerk decisions.”