Yeast behind velvety stout may have Silk Road origins 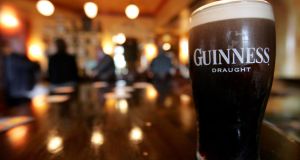 The study showed that yeast used to brew the perfect lager can also be pressed into service to produce excellent stout. Photograph: The Irish Times

There is nothing more Irish than the pint of plain but a DNA analysis of the yeast used to brew stout shows its origins are actually in India.

The same study also showed that yeast used to brew the perfect lager can also be pressed into service to produce excellent stout.

It even sampled naturally occurring yeasts in the wild.

But this DNA is also shared by a yeast strain used to brew “Toddy”, a speciality from southern India.

The shared links joining stout, lager and Toddy yeasts also hinted at a colonial exchange of yeast strains between India and these islands some time in the past, she added.

“There seems to be a link there. We are sequencing the genomes to see.”

The two lager yeast groups are relative newcomers, given they arose independently as hybrids, a fusion of one yeast strain with another.

These two separate fusion events happened about 500 years ago and produced the two yeast groups in common use today, said Prof Bond.

“The search has been on ever since to discover the parents that contributed to the genome of these species.”

“At some time it must have found its way to Europe by the exploration of the New World or along the Silk Road from China. This was one of the important yeasts in the fusion events. Now we are looking to see what served as the other parent,” she said.