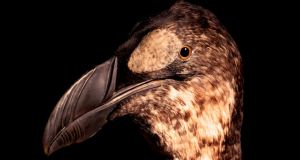 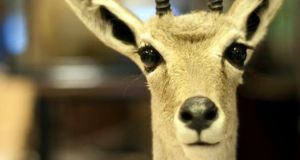 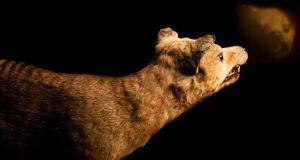 The Trinity College Zoological Museum, a hidden treasure holding 25,000 artefacts including several extinct species, has been awarded full accreditation by the Museum Standards Programme for Ireland.

The five-year process to obtain the Heritage Council Award has been a labour of love for those involved in the museum, which has no permanent staff, said museum curator Dr Martyn Linnie.

The museum was originally established in 1777 to house artefacts from the Captain Cook expeditions. People flocked, and were amazed. Animals such as the enormous Royal elephant “Prince Tom”, were floated up the Liffey to the museum, “It was a big undertaking and there were fatalities bringing the animals in,” Dr Linnie said.

“Last year we had an email out of the blue from a family who had heard that their great-grandfather had donated a collection of insects to Trinity. We were able to say – not only do we have his collection, but we’ve just got a grant to preserve it”.

In the 1900s, Harry Murray, a doctor from Clonmel, built a flat-roofed extension to his family home so he could install bright lights to attract butterflies and moths. He collected more than 4,000 insects, attaching tiny handwritten labels to each perfectly preserved specimen, detailing the date, location, name and habitat.

Having dedicated much of his life to building the collection, “the definitive record of insect life of that time in Ireland”, according to Dr Linnie, Dr Murray donated it to Trinity College.

When the museum contacted his family, “They were quite emotional seeing the detail on the labels, all the work he had put into it. So there’s a lot in recognising the importance of a collection like that and getting a commitment to preserve it”.

Each of the exhibits have their own tale, such as the Blaschka glass models. “About 20 years ago I was doing a catalogue in the attic of the Zoology building when I heard this rattling in a box. I opened it and found these fantastical things. I had no idea what they were but you could tell by looking at them that they were very special”, Dr Linnie recalled.

The glass models of sea animals were made in the 1800s by the Blaschka brothers under secret conditions. When the brothers died, their secrets were lost, leaving behind only a few irreplaceable collections worldwide.

Another unique exhibit is the Great Auk, donated by Dr Robert Burkitt, who later wrote in his memoirs that he regretted donating the bird to Trinity because the artefact wasn’t being properly cared for. “But you would hope that he’s happy somewhere that we’re minding her well now”, said Dr Linnie.

1 Coronavirus: 358 new cases and 18 further deaths reported in the State

Minister for Justice Helen McEntee to meet Nkencho family 18:04
Coronavirus: 358 new cases and 18 further deaths reported in the State 17:54
Youth who defiled girl seeks release before being moved to adult prison 17:38
Dublin man pleads not guilty to murder but guilty to manslaughter 17:27
Enhanced fines of €2k for non-essential travel only came into effect on Monday 17:20