The five toughest sports at the Olympics

We asked scientists to rank the five most physically demanding sports in Rio. Some of the inclusions are perhaps surprising 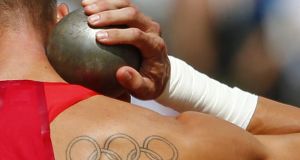 1. Decathlon (pictured is shot-put, one of the even’ts constituent elements). Photograph: Kai Pfaffenbach/Reuters 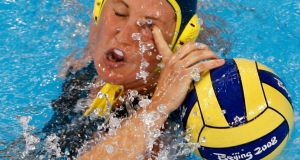 4. Water polo. Nikita Cuffe of Australia is poked in the eye at the Beijing Olympics in 2008. Photograph: Laszlo Balogh/Reuters 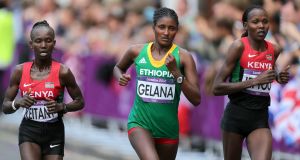 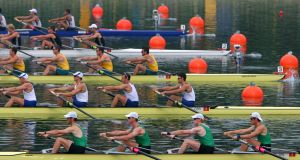 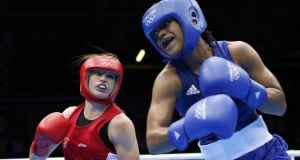 All athletes train hard and develop skills as well as endurance, but what are the toughest sports in the world? And what is it that makes them the toughest? That depends who you ask. “Regardless of what the sport is, when you’re competing at the highest levels they are all extremely difficult,” says Prof Niall Moyna, head of the school of health and human performance at Dublin City University.

What makes a sport tough? Prof Giuseppe De Vito, head of the school of public health, physiotherapy and sports science at University College Dublin, believes it is a combination of intensity, duration and climate conditions.

As the duration increases, so must the recovery. “We tend to neglect the importance of recovery,” De Vito says, which is a key factor involving sleeping, but also proper nutrition and hydration.

Climate conditions can also have a huge impact on performance. “The Olympic Games are set on specific dates and times that can’t be changed, so you can’t change the date, even if the weather is not good,” De Vito says. Competing in the summer, sometimes with high humidity accompanying high temperatures, is potentially dangerous for athletes, but the organisation dictates how competitions are carried out, he says.

And it’s not all physical. “Mental stamina is another main factor; it distinguishes people who are good from those at the top,” De Vito says.

Moyna agrees. “At the end of the day, no matter what the sport is, a huge part of it is mental,” he says.

On the other hand, it may not be the sport itself that is tough but the particular event. “For what it is worth, I don’t think the question should be what the hardest sport is, but the hardest event,” says Prof Brian Caulfield, dean of physiotherapy at University College Dublin. “For example, cycling might not be considered a very hard sport if you consider track cycling races, but the Tour de France has to be one of the greatest endurance events.”

That said, many Olympic sports are tough enough to make it on to our list. Here are the five toughest sports (ranked from most intense to least), selected by our experts.

1 Decathlon
The decathlon is “a classic example” of a tough sport, says Moyna. It involves competing in 10 different athletic events. It demands all the fitness required to compete in each event and is carried out over two days. The contest consists of 100m, 400m and 1,500m runs, 110m high hurdles, javelin and discus throws, shot-put, pole vault, high jump and long jump.

2 Marathon
The classic Olympic sport is one of the toughest. “Marathon is running laps in 71 seconds,” says Moyna. Most people cannot do a few laps, [let alone] 104 laps at that speed and without stopping. In a marathon, you must also take into account the effect of climate conditions and even pollution, De Vito says.

3 Boxing
This sport is all about physicality and endurance. Boxing is not just simply about hitting another person. “You need to move continuously for three effective minutes, holding your arms, avoiding the strike and trying to hit back,” De Vito says. Olympic boxers sustain this intense effort for three rounds, and professionals for 12.

4 Water polo
It is not usually considered one of the toughest sports, but playing against another team while trying not to drown cannot be easy. “Your foot cannot touch the ground and you’re treading water nonstop,” says Moyna. “There’s no downtime. Every time you perform it’s at your maximal effort.” De Vito agrees, saying it is very demanding in terms of energy cost.

5 Rowing
Being limited to a small space can make matters worse. “The endurance and speed required must be phenomenal, and it’s all high-intensity,” says Moyna. He points out that athletes usually fall over at the finish line because the last minutes of rowing are primarily anaerobic. There is not enough oxygen for cells to breathe and the body floods with lactic acid, which is converted into ammonia, giving athletes massive headaches, he says.

Moyna says it is hard to come up with a definitive list of the toughest sports. “It’s very subjective; every one of these sports and [events such as] the Tour de France, I’m sure they’re just horrendous. They all require phenomenal amounts of fitness and its various components, as well as mental fortitude. Putting all those together is what makes a great athlete.”

So this coming Sunday, spare a thought for Irish runners Kevin Seaward, Mick Clohisey and Paul Pollock as they run the marathon in the Rio heat, in some of the toughest conditions ever.

EVENT MANAGEMENT: GOING THE DISTANCE
Sometimes it is the event rather than the actual sport that is behind the toughness, says Prof Brian Caulfield of UCD. There are many extreme sporting events that seriously challenge even the best-prepared athletes.

The Tour de France is probably the best-known, with a massive energy demand that allows cyclists to achieve average speeds of 40km per hour, even when climbing, over a 23-day period. Other cycling events such as the Giro d’Italia or La Vuelta also require significant fitness and endurance.

The Marathon des Sables, a footrace covering 250km over six days, takes place in the Sahara desert. This is an incredibly hostile environment, with huge variations of temperature through the day, and high sun exposure. So you have to worry about training and you have to carry all your food and equipment on your back.

Solo sailing is another perhaps unexpected entry on the toughest list. The Globe Competition is not very popular, due to its cost, but it takes place every four years, as solo sailors race around the world for three months. “People underestimate the stress involved in this,” says Prof Giuseppe De Vito of UCD. The sailors are on their own and need to be constantly alert, as there is no automatic system to take over the boat. Sleep deprivation constitutes the major challenge. “This, to me, is an extreme sport and must be classified as one of the toughest,” he says.