Animals to be used along with planes, tractors and ships to gather info 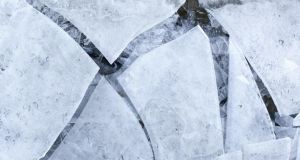 Melting ice around the world is raising sea level by about 3.2mm a year

Fifteen seals are set to advance the cause of science, helping researchers to understand why the west Antarctic ice sheet is melting so fast. Robots will also be deployed as well as planes, tractors and ships, all focusing on the two-kilometre thick ice sheet covering Pine Island in the Amundsen Sea.

It is all part of a six-year programme called iStar being managed by the British Antarctic Survey and involving researchers from the survey along with the universities of East Anglia and of Leeds.

Pine Island sits off the coast of western Antarctica and has attracted the research for a particular reason, said Prof David Vaughan of the survey. Its own glacier and the Thwaites glacier on the Antarctic coast are losing ice faster than anywhere else on the planet.

Deliver data
Melting ice around the world is raising sea level by about 3.2mm a year but the Pine Island loss on its own accounts for between 0.1 and 0.25mm a year, he said.

The scientists working on this €9 million project plan to study the Pine Island glacier from above and from below. It will use data recording robots called Seagliders, and an unmanned submarine, the Autosub, will dive beneath the ice and make repeated runs before returning to the ship to deliver the data.

The seals will do what they normally do during the winter months, swimming the Amundsen Sea and skirting beneath the ice shelf. Tiny sensors glued to their fur will provide important information, however, on sea saltiness and temperature. The sensors simply fall off when the seals moult in the spring.

Some researchers will undertake a 1,000km trek across the Pine Island ice sheet and use ground radar and seismic technologies to map the bed beneath the glacier. Others will study satellite data and sensor runs taken by planes to measure the glacier from all sides.