Red Kites in Scotland take to the blogosphere 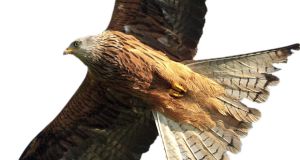 Red Kite: Several kites have been fitted with solar-powered satellite tags that relay the position of the birds up to six times a day.

Twitter might be the place for people to tweet their short messages, but for red kites in Scotland, blogging is where it’s at. Blogging Birds is an initiative by the University of Aberdeen in collaboration with staff from the Royal Society for the Protection of Birds. Its mission? To track and communicate the activities of red kites, a species that has been reintroduced to Scotland.

Several kites have been fitted with solar-powered satellite tags that relay the position of the birds up to six times a day. The data is matched with other information such as weather and habitat, and then technology called Natural Language Generation can use the data to “write” a blog post about each bird’s activities.

Being able to automatically generate the updates avoids the need for conservationists to write multiple blogs each week for multiple satellite-tagged birds, explains PhD student Daniel Heptinstall, who works on the project with Dr René van der Wal from the University of Aberdeen’s dot.rural Digital Economy
Hub.

“The original idea for the initiative came from identifying a need to communicate with large numbers of people in an effective and efficient way,” says Heptinstall. “As far as we’re aware this is the first time NLG has been used as a public engagement tool where the texts needs to be varied, rich and full of character.”

You can read updates about the four red kites – Wyvis, Moray, Millie and Ussie – at redkite.abdn.ac.uk, and Heptinstall encourages visitors to fill out the feedback survey.

“We are keen to understand what the public thinks of these blogs,” he says.