Physical constants of science may not be so constant after all 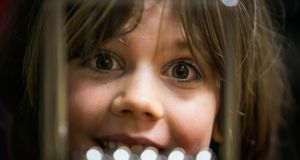 The laws of physics are constant and unchanging . . . or are they? Researchers are beginning to find tantalising evidence that the physical constants of science might not be as absolute as we thought.

The implications of all this will be discussed this evening at a Science Week event at University College Cork by Prof John D Barrow of the University of Cambridge.

He has helped make some of the discoveries that show these laws of science might have been slightly different billions of years ago and that opens up a range of possibilities.

International standards bodies spend millions ensuring constants remain constant and have an agreed value, eg the speed of light. But recent research, including a paper by Prof Barrow published this summer in Physical Review Letters, shows that small variations are starting to appear.

Tiny variations
The reason we can see these tiny variations – some measured in a few parts in a million – is because of the sensitivity of instruments such as the Hubble Space Telescope, Prof Barrow said yesterday ahead of his talk, organised by UCC and the Royal Irish Academy.

When the Hubble looks at a distant quasar, a kind of star, it is actually looking back through time and seeing the star as it was 10 billion years ago because its light must travel such a very long way before we can see it.

Prof Barrow said the alterations are, as yet, very small and subtle, and barely measurable, but the variation is there.

“We would expect this to be very, very slow because the change is not jumping out at us.”

The next question is why do the constants vary slightly.

“Constants are strange; in physics they combine our greatest knowledge with our greatest ignorance. Nobody has any explanation why they take the values they do. It means the basic theory of electro-magnetism and cosmology is incomplete in some respects.”

It means the scientists are missing something. “You can start to make other predictions and test other things.”