Doctors are leading the charge against the deadly toxin present in processed foods, and warn we’re eating our way to bad health 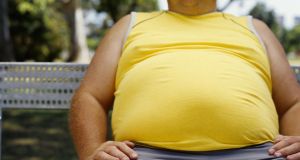 Belly fat: excess fructose ends up as fat in the liver, which is extremely bad for our health. Photograph: George Doyle/Thinkstock

Forget the horsemeat food scandal. Our food is adulterated with a cheap, white and far more deadly toxin: sugar. So says Dr Robert Lustig, a top paediatrician in the US leading the charge against excessive sugar, who argues we should treat it as a poison.

And he has bad news for anyone thin and smug. One in five obese people will live perfectly healthy lives, but 40 per cent of thin people will develop metabolic diseases such as diabetes, which we associate with being fat.

“Subcutaneous or ‘big butt’ fat is completely benign,” says Lustig, a respected clinician at the University of California, San Francisco. “The problem is visceral or ‘big belly’ fat, the fat surrounding your organs and especially fat in the liver.”

Fructose, a sugar found in small quantities in fruit, is sweeter than glucose and often added to processed foods. Excess fructose ends up as liver fat. It’s the bad guy in this story. Large amounts impair our ability to control our weight.

It’s not that you get fat by eating too much or exercising too little, says Dr Richard Johnson, a leading kidney specialist at the University of Colorado. “You are gaining weight because you have changed your ability to regulate your diet.” And suffering metabolic syndrome means a raised risk of kidney, liver and heart disease as well as cancer.

Fructose causes obesity and metabolic syndrome by encouraging you to eat more and by clogging your cells’ energy generators, Johnson explains. “Our work also shows that sugar or fructose induces resistance to leptin,” which is the hormone the body uses to signal fullness to the brain. It also regulates how energetic we feel. Eating too much sugar, especially too quickly, eventually leads the brain to miss the “I’m full now” message.

Even when Johnson put lab animals, fed plenty of fructose, on a calorie-restricted diet, they still developed metabolic syndrome. Fructose primes the body: “When you eat fructose it makes [weight gain] real easy. The firewood is fat, but fructose is the fire,” is how Johnson explains this unhealthy fat-sugar duet.

“The problem is that sugar is incredibly pleasant and palatable and people can consume large amounts rapidly,” says Dr Carel le Roux, an obesity expert at UCD. “That is part of the problem with the fast-food industry. People can eat vast amounts before they feel satisfied.”

His colleague Dr Helen Roche, a professor of nutrition at UCD who studies genes and diet interaction, says genetics plays a strong role in obesity and our desk-bound lifestyle is also at fault. We can’t just blame the industry, she argues. We must take some personal responsibility.

Lustig, however, calls for the food industry to reformulate its products and argues it won’t be possible to educate us away from the problem. Asked how the food industry has reacted to his arguments, he says: “With venom”. He compares the industry to big tobacco, and says it will have to be made to comply for the sake of public health.

Increasingly fructose is viewed as “special”, but not in a positive sense. The body directs glucose from the gut to the liver or the bloodstream, as needed. But fructose goes straight to the liver. Small amounts are fine, but a glut clogs up our mitochondria, the power plants of our cells. It leads to an energy bottleneck in liver cells, which turns the excess into liver fat, and induces cellular distress and even inflammation.

“One of the consequences of this discovery is that how rapidly you eat is almost as important as how much you eat. And that is what makes sugary drinks so much worse,” Johnson explains.

Chugging soft drinks in hot weather is a really bad idea. “It is not the calories so much as the way [fructose] acts in the liver and other tissues that cause the problem.”

Diabetes
Meanwhile, we’re eating our way to metabolic disorders. Dr Catherine Godson, a diabetes expert at UCD, warns that Irish people are developing diabetes earlier. “The younger you have [diabetes] the longer you have to develop complications such as blindness and kidney failure,” she says.

“Whereas people used to develop diabetes in late middle age, we are now seeing an epidemic in a much younger age group, which increases their chances of developing serious complications. Almost half of the people on dialysis are there because of diabetes, and the condition greatly increases your risk of a heart attack. “Having diabetes early is a really bad thing. These chronic complications are just ghastly,” she says.

Cure for obesity: A substitute for gastric bypass surgery?

Gastric bypass surgery has helped obese people lose weight for decades and also reduced heart attacks by 25 per cent and cancer by 40 per cent, UCD scientist Dr Carel le Roux says. For those who don’t want to resort to an operation, le Roux is working toward an alternative cure for obesity.

It was thought gastric bypass surgery restricted calorie intake or blocked nutrient absorption, but le Roux has shown, in both rodents and humans, that this isn’t the case. Sugar increases the amount of energy needed for digestion. Gastric bypass surgery also seems to restore proper signalling in the gut of obese patients and restores their brain’s appetite and reward responses to food.

As we eat, the gut signals calorie intake to the brain using nerves and hormones, eventually telling us to lay down our cutlery. “There is a failure of signalling or sensing of calories in the small bowel [ in obese people], but we don’t understand why it is that obesity prevents this signalling or sensing of calories,” le Roux explains. Gastric bypass surgery puts food directly in the gut, bypassing the stomach. After the operation, the volume of hormone signals is ramped up and patients feel full faster.

Le Roux hopes to skip the surgery step by altering patients’ biochemistry: “If we can understand how this operation works we can mimic it. In future we may be able to use medical devices together with therapies likes gut hormones.”

At the moment, however, surgery offers the best long-term outcomes.

Losing weight is not just a matter of fortitude. When obese people diet their disrupted signalling means they feel incredibly hungry. “So you become hungry for high-fat, high-sugar food and people discontinue the diet. And it is not because they are not motivated. They are incredibly motivated, but their physiology is driving them to eat more,” says le Roux.

“Obesity and starvation go hand in hand,” notes Robert Lustig, a paediatric endocrinologist and author of Fat Chance: The Bitter Truth About Sugar. “In obesity the body is getting the calories, but your brain doesn’t know it and thinks you are starving.”