Normality in the Anthropocene

If abnormal change in current geological era is human-driven, is it natural? 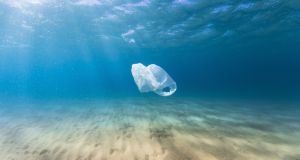 “It should not be normal to find evidence of plastics on the highest mountaintops and in the deepest oceans.”

I’ve never glued myself to a lorry, and I don’t have any immediate plans to do so. But I can’t help but feel inspired by the bravery of the people who are summoning the power of civil disobedience to force London to pause, look up beyond the city bubble and acknowledge that what is happening to our planet cannot be allowed to become normal.

In a world where the pace of political, technological and social change is desensitising us to the erosion of stability on every level, the fight against the normalisation of environmental crises is a particular challenge.

It should not be normal that, when I go down the country to my home place and make a cup of tea with water from the 11-foot deep well that was divined and hand-dug by my grandfather, I do so with the uncomfortable knowledge that – as well as nitrates, coliforms and myriad other pollutants – I’m drinking up to four times as many microplastic particles as I would in the same cup of tea at home in Dublin.

And yet, these things are normal. They don’t shock us. We’re getting used to them. Which is why I was relieved to get a stark “This is absolutely not normal!” reminder a few weeks ago at an exhibition in Science Gallery Dublin.

The piece in question was more art than science, but that didn’t really matter. It showed a series of palm-sized stones with bits of plastic in: a bottle top crammed in between several bits of stone; the tip of a glue bottle grafted on to the side of another; a bit of melted yellow that looks like it might have once been a balloon running like a vein through another. Some of the pieces were found on “plastigomerate” beach walks across Scandinavia. They were – if you’ll venture it – natural.

The exhibition touched on an emerging concept in science, the Anthropocene, and the idea that we’re in it; a time in which human choices have altered the surface of the planet – its geology and its ecology – to the extent that it warrants a whole new epoch.

One of the most immediate indicators of the Anthropocene is plastic. According to a 2016 study, we’ve generated enough of the stuff in the past few decades to wrap a layer of clingfilm around the entire planet. It’s everywhere, and it’s entering the rock record through micro and macro plastic deposits on land and in oceans, but also through technofossils. Yes, you read that right: plastic is becoming an archaeological feature.

But while fossilised printer cartridges might be a curiosity for future generations, plastics that became enmeshed in sedimentary strata are unlikely to be the Anthropocene’s only long-term physical legacy. Geological time, after all, is very long – tens or even hundreds of millions of years.

According to some scientists, the rock-bound narrative of our impact is more likely to be told through the language of carbon isotopes locked in the lithified shells of marine creatures, changes in the patterns of ocean sedimentation due to our large-scale manipulation of terrestrial ecosystems for farming and hydropower, and a fossil record that reveals massive biodiversity loss, the invasion of non-native species, and – of course – the ubiquity of our beloved plastic consumer items.

While change is the only thing in life that we can be sure of, the changes brought by human influence over planetary systems cannot be described as “normal” from the perspective of a species that flourished in the comparatively benign Holocene.

A deeper question, perhaps, is whether they can ever be described as natural, but that’s academic. As the protestors are trying to remind us, our past and present may already be committed to stone, but our future isn’t. If we really are in charge of the planet, it’s time to stop talking and take responsibility – while we still can.