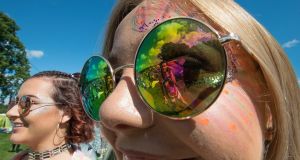 Music is not just food for our soul, it turns out that our immune system laps it up too.

With the help of a choir to emphasise her points, Dr Daisy Fancourt presented the results of her research at the British Science Festival yesterday.

Dr Fancourt, from the Royal College of Music and Imperial College London, explained that, historically, music has been likened to an auditive cheesecake: an exquisite confection crafted to tickle our senses, a treat, but ultimately useless.

She said that while scientists considered music to be agreeable, they did not believe it served any purpose whatsoever.

That perception changed with several scientific studies reporting that music helps the development of babies’ brains.

Music can also have an effect on mental health conditions, helping with low mood, anxiety, depression, bipolar disorder and schizophrenia.

Dr Fancourt investigated the link between music and hormones related to stress.

In a stressful situation, our brain sends signals to little glands located on top of our kidneys to produce adrenaline and cortisol, two substances that help us fight the cause of stress or escape from it.

The levels of adrenaline and cortisol in people’s blood fall after singing for an hour or even just listening to music.

However, both adrenaline and cortisol are known to play a role in our immune system, so she next wondered whether music could affect our ability to fight infections.

This can be detected by measuring compounds called cytokines, which act as messengers of the immune system.

Cytokines travel all around the body to help immune cells communicate with each other. So, can music change cytokines?

Dr Fancourt says that it can. In her experiment, volunteers were told to sing for an hour and the levels of cytokines in their blood were measured before and afterwards.