Mind and matter: tensions between the body and the soul

Materialists claim that the self is illusory and free will doesn’t exist, but many scientists disagree 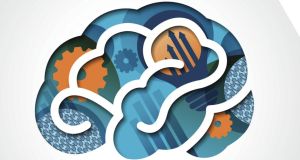 How much of reality can be explained by the physical sciences?

Take a deep breath and ponder the following: scientific orthodoxy claims that, in one very important sense, you do not exist because your inner self is an illusion. This is a shocking idea, because most people believe that our capacity to think our own independent thoughts is the last human freedom. The idea that we are merely complex meat-robots is repellent. Well, take heart. Many scientists, myself included, do not accept this claim, and neither does philosopher Mary Midgley, whose recent book Are You an Illusion? I have just read.

To the strict materialist, it is inconceivable that non-material thoughts could cause material consequences, and therefore they hold that our experiences of the mind and free will must be illusions. This interpretation contradicts common sense. We all experience our thoughts as real and believe we can freely decide to take actions that have material consequences. We all behave on this basis, including materialists, who claim that the self is illusory and free will doesn’t exist.

Matter and mind (spirit) were traditionally believed to have different natures, matter being inert and spirit causing human animation. All the heavy lifting necessary to explain human characteristics was done by the spirit. This interpretation changed with the advent of the theory of evolution, and modern science requires that all heavy lifting be attributed to natural selection acting on inert matter. Midgley doesn’t fully accept this, arguing that, since our concept of matter remains unchanged, modern scientific interpretation asks too much of such inert matter.

Science now believes that inert matter spontaneously sparked into life 3.8 billion years ago and evolved to produce mind. But matter cannot therefore be that “inert”, since it must intrinsically bear the potential for life. Also, Midgley holds that natural selection alone cannot fully explain the prodigious fruitfulness of life. Although it filters the life options that confront it, it cannot account for the intrinsic nature of these options. Therefore, life itself, and its most complex manifestation, the human mind, is far from being fully explained by science.

Tension between science, broadly representing the body, and religion, representing the soul, has been ongoing since the Enlightenment began in the late 17th century. God has retreated from the public stage in the developed world to be replaced by secularism. Midgley sees attempts to banish the idea of the self as a continuation of this conflict. Noting that many people can live adequate lives while denying God, she wonders how they will fare while also denying themselves.

How much of reality can be explained by the physical sciences? Materialists believe that reality is ultimately only what can be revealed by physics at the fundamental level of atoms. But this is to deny that there are different levels of explanation, which we study with different tools and in different contexts. A carpenter studies a table as an item of furniture. A physicist studies it as a collection of atoms, finding that the atoms are mostly composed of empty space. Both approaches are correct and one approach is not more “real” than the other. Similarly, because we can now study the neurons that make up our brains doesn’t mean our thoughts, memories and sense of self are not real. Thoughts and memories are a crucial part of reality for humans. I recently solved a riddle after several attempts. At each attempt I had to mentally rehearse my previous efforts and learn from my mistakes. I would never solve the riddle by studying neuronal activity in my brain. I predict, as a scientist, that the mind is an emergent property of the vastly complicated architecture of nerve cells in the brain. I doubt we will ever succeed in explaining mind in terms of atomic events.

Midgley believes scientists get questions like the self so wrong because they are no longer trained in philosophy. It is scandalous that the standard eight-year university training in science does not include a single mandatory lecture in the history or philosophy of science.

William Reville is an emeritus professor of biochemistry at UCC. understandingscience.ucc.ie