William Campbell’s award comes 65 years after he started his work in the field. There is a lesson here for research-funding policy 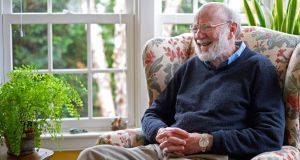 The biggest news in Irish science this year was the award of the 2015 Noble Prize in physiology and medicine to Donegal-born scientist William C Campbell, a graduate of Trinity College Dublin. Campbell shared the prize for his contribution to the development of a drug to counter infection by roundworm parasites, work that has been extremely important in combating devastating parasitic diseases such as river blindness.

As pointed out in this newspaper by Prof Patrick Prendergast, provost of Trinity College Dublin, Campbell’s contribution was the outcome of a very long period of research, starting with his interest in parasites as an undergraduate at Trinity College in the 1950s. Indeed, Campbell received his Nobel prize 65 years after he first started researching parasitic worms.

The story reminded me once again of the slow-burning aspect of science. As so often, an important advance did not occur as an overnight breakthrough, but as the result of a long process of discovery by many scientists. Today, there is often great pressure on scientists to show that their research has immediate application, and funding for scientific research tends to be directed at areas that offer the promise of technological innovation in the short term. Unfortunately, this approach is somewhat at odds with the nature of scientific inquiry.

I witnessed another example of slow-burning science earlier this month, when I attended a major international conference in Berlin to celebrate the centenary of Einstein’s general theory of relativity. General relativity is considered Einstein’s greatest contribution to science and informs the modern view of space, time and gravity, and underpins our understanding of nature on the largest scales, from today’s theories of black holes to the big bang model of the universe.

However, as pointed out by many speakers at the conference, the theory remained a backwater in science for almost 50 years after its formulation by Einstein in November 1915. It was only the discovery in the 1960s of astonishing astronomical objects such as quasars, pulsars and black holes that brought general relativity to the forefront of modern science.

Today, the theory provides us with an astonishingly detailed description of the evolution of the universe from its earliest moments, and it has found an important technological application in GPS (it has been found that the successful synchronisation of earthbound and satellite clocks has to allow for the fact that the earthbound clocks are in a strong gravitational field, a dramatic verification of Einstein’s postulate that time is distorted by gravity).

Philosophers of science cite general relativity as an example of a “sleeping beauty” theory: a scientific theory that was developed many years before it could connect with experiment. Such theories typically have a low-watermark period in which relatively little progress appears to be made. However, when experiment eventually catches up, progress is dramatic because the underlying theory is already developed.

Sleeping beauty theories form a crucial part of the scientific enterprise, but they can seem rather esoteric. Indeed, a major problem in modern times is that it has become extremely difficult to persuade policymakers to invest in scientific research that does not have any obvious practical application. It’s worth noting that I was the only speaker from an Irish institution at the Berlin conference, a situation that is a direct result of the lack of funding in Ireland for research in areas such as general relativity.

Indeed, the lack of funding for research in areas such as pure mathematics and theoretical physics has been a source of concern for many Irish scientists for some time. Commentators point out that Science Foundation Ireland, the body charged with the funding of research in science and engineering in Ireland, answers to the Department of Jobs, Enterprise and Innovation rather than the Department of Education.

In this context, the announcement of Innovation 2020, a new initiative in the funding of scientific research in Ireland, comes as welcome news. Scientists are still studying the details of the scheme, but it appears that there is more scope for the funding of research in nonapplied areas than has been available in recent years.