Greater pollinator: the humble bumblebee has every right to brag

Honeybees are often feted as the great pollinators, but recent studies show their hairy cousins, which are better adapted to our climate, do most of the work 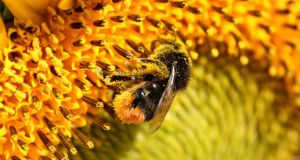 ‘Bumblebees have a neat trick called buzz pollination: they vibrate their wing muscles at a particular frequency and they create a cloud of pollen that jumps off a plant.’ Photograph: Thinkstock 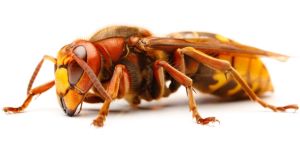 Perfectly formed tomatoes and strawberries in supermarkets owe their shape to one surprising natural additive – bumblebees. Without them buzzing around, these fruits can fail to set or may grow misshapen. So important are bees that growers in northern Europe now routinely add commercially produced boxed bumblebees to their glasshouses.

John Foley grows tomatoes in Rush, north Co Dublin. His family nursery produces 18 million tomatoes each year under glass for the Irish market. His father first built a glasshouse here in 1936. Foley recalls how as a boy he used a little motor and stick device to vibrate tomato trusses and pollinate the flowers. “To physically do that job today you would need a crew of six people to do the whole nursery, every day,” he says.

Instead, the yellow flowers of the 10 varieties of tomatoes in his family’s Kilbush Nurseries are now pollinated naturally by bees produced in a Slovakian bumblebee factory. Every two weeks or so, small nest boxes of white-tailed bumblebees, Bombus terrestris, arrive with a queen bee and 60 or so workers. Foley opens the box and they go about their business collecting pollen and setting fruit.

Bumblebees are the expert pollinators for crops such as strawberries, tomatoes and field beans because of their buzz. “Bumblebees have this neat little trick called buzz pollination. This is where they vibrate their wing muscles at a particular frequency and they create a cloud of pollen that jumps off a plant,” says bee expert Dr Tomás Murray of the National Biodiversity Data Centre.

“Bee hairs are negatively charged and the positively charged pollen grains stick to them, so it is a great way for them to get loads of pollen rapidly from flowers. But for people who own tomatoes, strawberries and apples, it is also the most efficient way of pollination.”

Often honeybees are feted as the great pollinators of our crops and wild plants, but recent studies show bumblebees do most of the work. “It seems wild bees contribute far more to pollination that we previously acknowledged,” says Murray. And bumblebees are becoming more important due to the calamity facing wild honeybees in Europe and North America.

“If you go to a part of Ireland where there are no beekeepers, you won’t see a honeybee. That is definitive now,” says Dr Murray.

What are the differences between honeybees and bumblebees? Horses for courses. Honeybees, with up to 80,000 workers in a hive in summer, specialise in pollinating mass flowering crops, and are especially good at tackling oilseed rape fields, almond groves and large apple orchards. “They have been introduced in many countries around the globe and can pollinate a whole variety of different plants they haven’t evolved for,” he says.

The Irish climate arguably suits their bumblebee brethren better. While honeybees probably originated in Africa or the Middle East and then spread out, bumblebees originally evolved in Mongolia. “They are big, hairy, temperate creatures, so they are well adapted to rough conditions. They forage much earlier in the day and much later at night, at lower temperatures and even in light rain, whereas honeybees won’t,” Murray explains. “We are the island of the bumblebee.”

Buying in boxes of bees

Koppert, a Dutch company that has a giant bumblebee factory in Slovakia, is considering selling its boxed bumblebees to outdoor growers. This could be useful for crops that flower in March and April, when not many pollinators are flying around. “We can bring in mature colonies of bumblebees and help that process. It takes the doubt away,” says David Foster of Koppert UK.

Koppert first perfected bumblebee breeding to service tomato growers in the Netherlands. In order to explore the possibility of outdoor bee boxes, Koppert collected queens from around the UK and Ireland for breeding, and their progeny – our native subspecies – can now be shipped here. This practice is welcomed by conservationists who are concerned about the use of continental Bombus terrestris subspecies in the UK and Ireland.

“Introducing a non-native bumblebee potentially could have consequences,” says bee ecologist Dr Jane Stout at Trinity College Dublin. But wild bees may have more to worry about than mixing with continentals. A 2006 study found 30 per cent of Irish bee species are threatened with extinction; 42 had declined in distribution by more than 50 per cent. Yet the need for insect-pollinated crops is increasing in Ireland.

“There needs to be conserving of wild bees and other species to deliver a pollination service,” says Stout. “I think it would be more cost-effective to conserve our native pollinators than simply buy them in.” However, the convenience of bees in boxes could prove appealing.

A HOME FOR HORNETS? INVASION PREDICTED

An invasion of hornets into Ireland is predicted by Dr Tomás Murray of the National Biodiversity Data Centre.

This would be a natural invasion as the populations of these large insects have been increasing in Europe and the UK. The spread could be due to climate change or it could be just part of a natural cycle of ebb and flow, says Murray.

The European hornet, Vespa crabro, is a type of large wasp; it catches and kills moths, other wasps and bees. If it arrives, it would join seven native species of social wasp already here. It is reputedly less aggressive than the common wasp and the German wasp.

For those who cannot tell their German wasps from their hornets, Murray will host a social wasp identification workshop on June 21st in the National Biodiversity Data Centre in Waterford.

Although they are pests when they get too close, Murray says wasps are themselves terrific pest controllers, eating vast quantities of insect larvae.

“In terms of biomass consumer, as silly as it sounds, spiders and wasps eat the most in terms of kilograms of live animals. They are really important for Irish biodiversity,” he says.

Whether or not the hornet lands in Ireland, Murray is convinced we will gain a new bumblebee species within a few years. The tree bumblebee, Bombus hypnorum, recently spread to the UK and Iceland. “This is a natural population expansion. We expect to see it jump over from either Wales or Scotland.”

Murray also runs the National Bumblebee Monitoring Scheme, which relies on citizen scientists and is the first of its kind in the world.