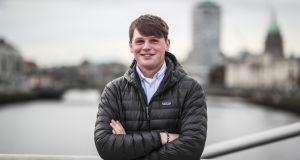 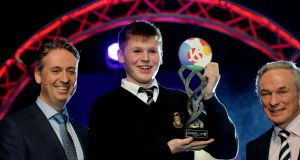 The young tech entrepreneur and founder of Evervault, Shane Curran, has outlined his hopes that his 18-month old company will “build the encryption engine for the internet”.

Its company mission was straight forward – “encrypt the web” underpinned by a wish that data never exist unencrypted – the 20-year-old said at BT Young Scientist & Technology Exhibition (BTYSTE) event featuring his relationship with the annual contest. He entered four times and won the overall award in 2017.

Asked about the next big thing in IT, he said a lot of work is concentrated on encrypting data and processing it without ever seeing it; “an up-and-coming field that companies need to do a lot more work on”.

Last year Curran (20) raised $16 million (€14.5 million) from some of the biggest names in Silicon Valley investment for his data privacy technology company. They included previous investors in tech giants such as Facebook, Deliveroo, Revolut and another Irish-led tech success, Intercom.

Evervault is building a ground-breaking data-privacy interface that developers can use when creating software. The idea is to ensure data is secured from day one rather than being an afterthought as they rush to market with a product, he said at the virtual event.

It has its origins in his winning BTYSTE project, qCrypt, which involved research in cryptography and data privacy.

Though growth in internet business is showing “some slight signs of slowing”, sheer user numbers were “absolutely crazy” at 3.5 billion – and predicted to reach 5 billion by the end of the decade, he noted. Covid-19 forced growth in those numbers at a quicker pace, which meant more digital services and data volumes.

Much more products were coming on stream as a consequence, even some that did not necessarily need to go online, he believed. With Google and Apple signalling they are going more into healthcare, data safety issues were becoming even more important due to the sensitivity associated with medical data.

Participating in the BTYSTE was about getting better at pitching your project over a few concentrated days, and explaining it to different audiences; a process that is mirrored in real-life where there is a similar requirement. You may have concerns and worries “but you get better at masking that”.

Asked about big learnings from the contest, he said, it was striking how people tend to underestimate teenagers in terms of what they can do with the right amount of ambition and support.

Participants may be in their formative years, especially in terms of what they do later in life including going to college, but given the right space they were well capable of developing solutions and creating products of significance.

The BTYSTE, backed by the calibre of judges it had in place, provided that opportunity, though he finds young people may be reluctant to back themselves in terms of embracing big projects. “Those that do are the ones who do best,” Curran added.

On developing digital products, he believed “crazy complexities” were not involved. The most important thing was “being obsessed with your customers” rather than being caught up in raising funding.

The reality of his job was that he was spending most of his time doing code, while engaging in the not glamorous task of writing “a well-crafted cold email” to a potential customer.

Asked what it’s like when previous BTYSTE winners get together – as they do regularly – he referred to the Picasso quote: “When artists get together they talk about where you can buy cheap turpentine.” It is a case of hanging out together with friends, rather than trying to impress each other.