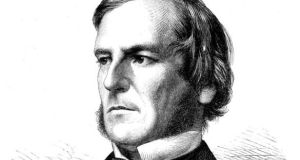 A programme of events is under way in University College Cork to mark George Boole Day, celebrating the bi-centennary of the father of the information age.

The day will include the conferring of honorary doctorates by the college on Anant Agarwal, Donald Knuth, Desmond McHale and Sr Mercedes Desmond.

Mr Agarwal is the chief executive of edX, an online course that offers free classes to anyone in the world.

Mr Knuth is known for his influential multi-volume work The Art of Computer Programming while Desmond McHale isemeritus professor of mathematics at UCC.

Sr Mercedes, a founder of the Irish Science Teachers’ Association, has championed science education in Ireland for more than 60 years.

As part of the celebrations, UCC is also building a virtual “Boole World” based on the college’s quadrangle for the popular video game Minecraft.

“Accessing Minecraft’s Boole World will position players in the centre of the Quad at UCC, from where all three wings of the building are ready to be explored,” a spokeswoman for UCC said.

She added that schools from more than 30 countries have also signed up for “Boole2School”, which involves school children across the world studying logic in a Boolean maths lesson on Monday.

Upon registration teachers received free age-appropriate lesson plans, puzzles and worksheets, developed by Maths Circles Ireland in consultation with teachers, and available in English, Irish and Mandarin, for students aged eight to 18.

Boole’s translation of logic into algebra led directly to the creation of the computer via the work of Claude Shannon at MIT, who showed that the increasingly complex switching circuits required by telephone networks could be both analysed and synthesised using Boolean algebra.