Gender is not a social construct 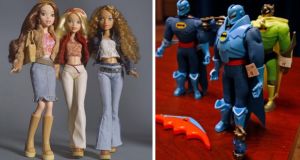 Attention male readers. How would you like it if Michael Noonan introduced a tax on men in reparation for the violence that men have visited on society over the ages?

Well, such a law was proposed by a radical feminist/green lobby in Sweden, where they take gender equality seriously. Unfortunately, I think they are getting it very wrong.

This law was never close to being enacted, but Sweden is making progress with gender-equality in other areas, as reported by Christina Hoff Sommers in The Atlantic in December. For example, Swedish toy company catalogues must show images of boys playing with dolls and girls with guns, and vice versa, and in 2012 the Swedes introduced the genderless pronoun “hen” instead of “han” (he) and “hon” (she).

In Stockholm, a state-sponsored preschool Egalia tries to obliterate the male/female distinction among children. The children are not called boys and girls, but friends, and stories like two male giraffes parenting abandoned crocodile eggs have replaced classic fairy tales such as Cinderella. The Swedish Green party want Egalia to become the norm.

Few deny that biology plays a major role in determining gender-specific play. However, those who make proposals such as described for Sweden argue that “we should not accept biology as destiny” and parents/teachers should oppose certain biologically inbuilt tendencies with social conditioning, just as we do in medicine by vaccination or medications.

This view suggests we should treat gender-based behaviour in children as a disease in need of a cure. Such pursuit of gender neutrality would eliminate variety, generally seen as a valuable asset in the biological world and a vital basic element contributing to normal human interrelations.

There is no credible evidence that normal gender-based play behaviour causes any harm. Hoff Sommers quotes psychological evidence that normal boys’ rough-and-tumble play is not aggression but makes the boys happy, is a vital part of social development, and improves their writing skills, imagination and speech. Studies have also shown that the more civilised play of girls contains fantasies just as exciting and intense as boys’ fantasies.

The push in Sweden to eliminate gendered behaviour in children is based on the ideological notion that gender is mostly socially constructed. There is undoubtedly a social element to gender, but the evidence for a strong biological basis is undeniable and it cannot be healthy to frustrate strong biological tendencies. You can change gendered play in children by social conditioning but it bounces back when there is any slackening off in the conditioning. One is reminded of the 1967 case of David Reimer from Canada (reported as the John/Joan case). Reimer lost his penis in a circumcision accident.

To compensate, he was clinically castrated and treated with female hormones, and was raised as a girl, on the ideological assumption that gender is socially constructed.

But Reimer always identified as a boy and became a tragically unhappy adolescent. The case is recounted in the book As Nature Made Him: The Boy Who Was Raised as a Girl by John Colapinto (New York, Harper Collins, 2000).

The preponderance of scientific (biological and psychological) evidence indicates that the social gender engineering proposed in Sweden is wrong. Male and female are different but equal and the equality agenda is damaged rather than served by trying to eliminate difference.

William Reville is an emeritus professor of biochemistry and public awareness of science officer at UCC. http://understandingscience.ucc.ie