From Big Bang to whimper: Our universe is slowly dying 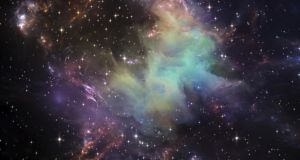 The stars will finally start to wink out like candles on a windowsill. Photograph: Getty Images

The universe may have started with a Big Bang, but fresh evidence shows that it will very definitely go out with a whimper.

The amount of energy produced in the universe is in slow decline and will continue to fade away, said Prof Simon Driver of the University of Western Australia who led the international team that conducted the research.

Basically the universe was “sliding gently into old age”, he said. It has “sat down on the sofa, pulled up a blanket and is about to nod off for an eternal doze”, he suggested.

The fact that energy output was on the way down has been known since the late 1990s, but the new study, the Galaxy Mass Assembly, showed that this was happening across all wavelengths, from visible light to the ultraviolet and infrared fringes.

The international team measured the energy output of more than 200,000 galaxies measuring at 21 wavelengths. They found that energy output now is only about half of what it was two billion years ago and continues to fade.

There was plenty of energy on hand when the Big Bang occurred that made the universe. Stars formed and these have continued to pump energy out into the emptiness of space ever since.

This study helps answer questions about what happens when the stars gradually start to go out and their energy is dissipated. Entropy, a measure of the disorder in a system will begin to take hold as the stars finally start to wink out like candles on a windowsill.

Current thinking holds that this will leave the universe a cold, dark uninteresting place when entropy reaches a maximum.

There is little point in worrying about this just yet, however, given we will have to wait billions of years to see what all this will look like as the last stars go out with a whimper.