3D printing set to transform how you prepare dinner

Technological advances ‘crucial’ to halving food waste across Europe by 2025 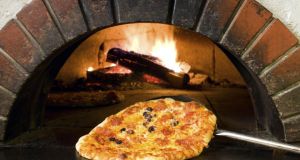 Nanotechnology, already in widespread use in healthcare, has numerous possible applications in farming and food production. Photograph: Getty Images

“Smart food” that could be 3D-printed at home and even tell you when it goes spoiled will be possible in the not-too-distant future, according to agriculture and food development authority Teagasc.

“It’s already possible to make milk and meat in a lab and to 3D-print burgers and pizzas, so it’s conceivable that even geographical location could become completely flexible, with people 3D-printing their own food at home if they want to,” said Dr Lance O’Brien, head of strategy and international relations.

Nanotechnology, already in widespread use in healthcare, has numerous possible applications in farming and food production.

Maeve Henchion, head of agri-food business and spatial analysis at Teagasc, described some of the possibilities, including “smart packaging”, with nanosensors to alert you if food has reached its use-by date or is spoiled. The sensors could also identify contamination at the point of packaging to stop bacteria reaching the food supply chain.

“There are calls to halve food waste across Europe by 2025, and technological advances will be crucial if we are to achieve that,” said Aoibheann O’Brien, co-founder of social enterprise Foodcloud. “Each household wastes about €700 of food per year, and the Environmental Protection Agency estimates 60 per cent of that is avoidable.

“If nanotechnology can be used to empower people about when food is okay to use in a more sensitive way, that would be hugely welcome.”

These developments are so close that Teagasc is encouraging Irish people to engage in debate about technology in agri-food industries.

“In the wake of the genetically modified food controversy, debates need to be led by what consumers want from agri-food technology and what’s acceptable to them”, said Dr O’Brien, adding: “In a short number of years we will see huge changes in these industries and we need to be looking ahead.”

Teagasc has launched a foresight exercise looking at technologies that have the potential to seriously impact on the Irish agri-food sector in the next two decades, he explained.

Over 200 international scientists are currently involved and the group will shortly seek public submissions on the area.

An international conference planned for March 2016 will focus on identifying what the public wants from advances such as nanotechnology, biotechnology and digital technology in agriculture and food production.