Savita report to be published tomorrow 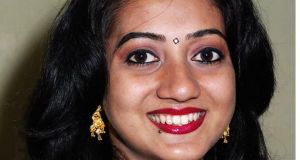 The long-awaited report of the review group appointed by the Health Service Executive to investigate the death of Savita Halappanavar is due to be published tomorrow.

The report is expected to make significant recommendations on the legislative framework for abortion in Ireland and on the management of complicated obstetric emergencies, including sepsis which led to Ms Halappanavar’s death in a Galway hospital last October.

The report is “ready to go” while the HSE was making arrangements yesterday for a suitable venue in Dublin in which to brief the media on the contents of the report, according to informed sources.

Minister for Health James Reilly and fellow Ministers held a discussion at Cabinet yesterday in relation to the fact that the report would be published soon but no recommendations came before Government for approval, the Government spokesman said at the post-Cabinet briefing.

“There was a brief discussion around the Savita Halappanavar report. It is due for publication in the coming days . . . before the end of the week,” the spokesman said.

Independent
He said the report was an independent report and was not required to come before Cabinet.

The report will incorporate information from Ms Halappanavar’s husband Praveen.

It was finalised by the inquiry team chaired by UK obstetrician Prof Sabaratnam Arulkumaran after he met Gerard O’Donnell, Mr Halappanavar’s solicitor, last April. Lawyers for the HSE have scrutinised the document in recent weeks to minimise the risk of legal proceedings arising from its contents.

1 Irish tourists excluded from visiting Greece as country begins its tourism season
2 Quarantine will cease within fortnight, Ryanair CEO claims
3 Patience wearing thin as three parties crawl towards a government
4 Covid-19: Pupils may be kept apart in groups and pods when schools reopen
5 Microsoft sacks journalists to replace them with robots
Real news has value SUBSCRIBE