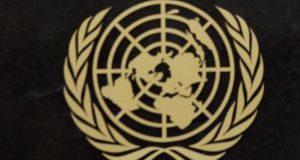 Three women who were forced to travel to Britain to terminate their pregnancies following diagnoses that their babies would not survive outside the womb are taking their cases to the United Nations.

Amanda Mellet, Ruth Bowie and Siobhain Murphy, members of the Terminations for Medical Reasons (TFMR) group, will hold a press conference in Dublin on Wednesday outlining their cases.

On the same day papers will be filed in Geneva with the UN’s Human Rights Committee, which monitors member states’ compliance with the International Covenant on Civil and Political Rights. The women will allege that the fact they were forced to leave Ireland to terminate their pregnancies – following diagnoses of fatal foetal abnormalities – amounted to cruel, inhuman or degrading treatment.

The committee will then require the State to respond to the admissibility of the cases and the allegations. In a process that could last up to four years, the Committee will deliver its verdict as to whether the continued ban on abortion in cases of fatal foetal abnormality amounts to a violation of women’s human rights.

Illegal
The Protection of Life During Pregnancy Act, passed by the Oireachtas in July, sets out the circumstances in which an abortion may be performed here to save a woman’s life. Abortion in cases of fatal foetal abnormality remains illegal.

The women are being supported by the New York-based Center for Reproductive Rights (CRR), which has been operating for 20 years. According to its website, the CRR uses the law “to advance reproductive freedom as a fundamental human right that all governments are legally obligated to protect, respect, and fulfil.”

Johanna Westeson, the CRR’s regional director in Europe, who arrives in Dublin tomorrow, said the centre had a “very strong sense that the case will be declared admissible and a very strong sense also that the committee will decide in the women’s favour.”

‘Mental trauma’
“These women have been abandoned by the Irish State, they have been subjected to enormous and long-lasting mental trauma that is directly attributable to the Irish abortion ban. That is a clear violation of their human rights.”

Two of the three women – Ms Mellet and Ms Bowie – first told their stories publicly in The Irish Times last year. They told how they had had much-wanted pregnancies but how, having been given the news that their unborn babies would not survive after birth, made the decision to terminate their pregnancies. They described their distress about having had to travel.

“The system should wrap its arms around you, instead it turns its back on you,” Ms Bowie said last year.

The TFMR group has since met with TDs and Senators and has been campaigning to have abortion legalised for women in these circumstances. The women say this is the next step in their campaign to change the law.

Ms Mellet, who had a termination in Liverpool in December 2011, said yesterday she hoped the Government would not wait until the UN delivered its verdict to legislate for abortion in cases of fatal foetal abnormality. “We are hoping this is not going to take another three of four years.”