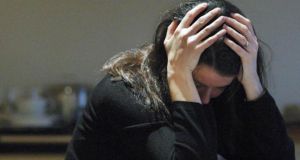 If deemed necessary to save a woman’s life, the termination would be carried out in one of the 19 public/voluntary obstetric units covered by The Health Information Quality Authority.

Under the terms of the Protection of Life During Pregnancy Bill 2013, where there is a “real and substantial” risk to the life of the woman due to the risk of suicide, three consultant doctors will be required to certify the need for a termination of pregnancy. The three doctors should comprise one obstetrician and two psychiatrists.

While the woman’s GP should be consulted by at least one of those doctors where possible, the GP is not required to certify the need for a termination.

If deemed necessary to save the woman’s life, the termination would be carried out in one of the 19 public/voluntary obstetric units covered by The Health Information Quality Authority (Hiqa).

It will be a matter for the patient to decide whether she wishes to proceed with a termination following a decision that it is necessary to save her life.

The explanatory note attached to the Bill states: “In circumstances where the unborn may be potentially viable outside the womb, doctors must make all efforts to sustain its life after delivery.”

However, the note states, that requirement does not go so far as to oblige a medical practitioner to disregard a real and substantial risk to the life of the woman on the basis that it will result in the death of the unborn.

“Essentially, the decision to be reached is not so much a balancing of the competing rights - rather, it is a clinical assessment as to whether the mother’s life, as opposed to her health, is threatened by a real and substantial risk that can only be averted by a termination of pregnancy.”

Only the woman herself, or someone acting with her consent, may make an application for that review.