DUP member pays tribute to his father, who passed away 10 weeks ago 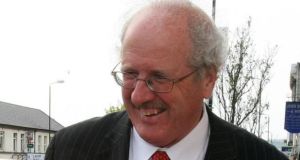 The Democratic Unionist Party’s (DUP) Jim Shannon kept his seat at Westminster with a clear win in the Strangford constituency.

His nearest rival, the Ulster Unionist Party (UUP) candidate Robert Burgess, was a safe distance behind with 4,868 votes. Kellie Armstrong of the Alliance Party came in third with 4,687 votes.

Shannon paid tribute to his father, who passed away 10 weeks ago, in an emotional acceptance speech. He thanked the voters and said he would be their voice.

“I love helping people, and that’s what it’s about for me. For the last 30 years as a councillor, an MLA [Member of the Legislative Assembly] and now as a Member of Parliament for the second term, I will pledge myself to continue to work for them as I did in the past,” he said.

Shannon was expected to keep his seat in the staunchly Unionist Strangford constituency. Elections past have gone to the DUP and the UUP. This one was no different.

In the 2010 General Election, Shannon took 45.9 per cent of the vote and won the DUP seat held by Iris Robinson, the wife of party leader Peter Robinson.

The area includes the Ards Peninsula and the towns of Newtownards, Ballynahinch, Comber and Portaferry. Farming and fishing are important industries in the region.