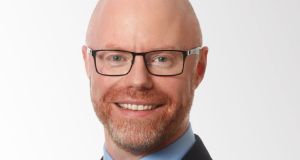 Stephen Donnelly: was elected on the 15th and last count

Stephen Donnelly was elected to the Dail on his first attempt as an Independent candidate in the 2011 general election.

He went on to form the Social Democrats with Roisin Shothall and Catherine Murphy and played a key role in establishing the new party.

He surged to a poll-topping performance in Wicklow on 2016, gaining some 21 per cent of the vote.

However, shortly after the election, he left the party after a series of disageements with the co-leaders.

It is understood at the time that he favoured going into coalition govenment with the Fine Gael-led administration, but this was ruled out by other party figures.

He controversially joined Fianna Fail in 2017, which led to widespread criticism, though he defended the move at the time insisting that it was important not to remain on the margins,

The move, along with local party tensions, seems to have dented his vote in the 2020 election, though he ended up getting election on the 15th and last count.