State still not responding to scale of sexual abuse

Opinion: One in five women has reported contact abuse in childhood 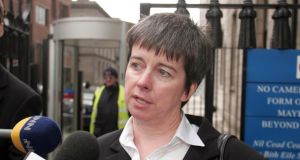 The responses of Enda Kenny and Eamon Gilmore to the European Court of Human Rights judgment in the Louise O’Keeffe case may have been a contrivance, simply to avoid further embarrassment for their own conduct in the case. But it seems also to betray a profound misunderstanding of what is involved here. Both Kenny and Gilmore apologised to Louise O’Keeffe for what she suffered when, aged eight, she was abused by the principal of her national school, Leo Hickey. Neither Kenny nor Gilmore had any responsibility for that abuse. The apology was meaningless.

What they did have responsibility for and what they should have apologised for was their part in permitting the State’s lawyers to persist in claiming the State had no responsibility for protecting O’Keeffe when she was a child at a primary school funded and supervised by the State; for attempting to obstruct her access to the European Court of Human Rights; for seeking to evade the State’s responsibility, suggesting that somehow it was the fault of O’Keeffe’s parents in sending her to the school where she was abused; and for threatening penury on other abuse victims at primary schools, should they pursue claims against the State.

The contention that they were merely acting in accordance with the judgment of the Supreme Court in the same case is no excuse, for that court decided against O’Keeffe on grounds that would seem questionable even to a lay person.

But the primary point was also evaded by the Supreme Court: that the State had direct knowledge of widespread sexual abuse of children from at least the 1930s and had failed to provide the appropriate protections for children.

But even if Kenny and Gilmore were satisfied with the Supreme Court judgment from a legal standpoint, there was the moral point: the State had failed to protect O’Keeffe by providing even elementary precautions against an abuse the State knew was widespread. And for that basic injustice, neither Kenny nor Gilmore can utter a word of apology or even regret.

But there is more.

Widespread abuse
The State now has knowledge of widespread sexual abuse of children and is failing to respond in anything like a proportionate manner to the scale of the abuse that has become known.

I am referring (yet again!) to the Savi report (Sexual Abuse and Violence in Ireland), published 12 years ago. It found the following:

nOne in six men (16.2 per cent) reported experiencing sexual abuse in childhood, with one in 14 reporting non-contact abuse.

It is likely that the major incidence of criminality in this society – aside from drug crime – is the sexual abuse of children, an abuse that invariably causes lifelong trauma to the person abused. Nothing proportionate to the scale of this abuse is being done, no national effort mobilised to bring attention to the scale of the criminality, to encourage abused persons to report their abuse as soon as possible, to institute facilities for the treatment of the trauma caused by such abuse.

Yes, we have child protection protocols, a new agency for children and a dedicated champion for children at the Cabinet table for the first time. But we have no urgency, nothing proportionate to the scale of revealed abuse – a refusal even to undertake another State-funded survey of the scale of the abuse as the Savi survey was funded.

By the way, what was this champion for children in the Cabinet doing while lawyers were being instructed to persist at the European Court of Human Rights in the claim that the State had no responsibility for the protection of children in primary schools, and to obstruct O’Keeffe’s access to that court? And what was she doing while the State was threatening other abused victims at primary schools with penury should they pursue their claims against the State?

The failure of Kenny, Gilmore and their Government colleagues to perceive the scale of the child abuse phenomenon and to respond proportionately is even more disconcerting than their fake apologies for what happened to O’Keeffe.

And, incidentally, a day will come when another abused victim will rely on these failures to sue the State for failing to protect them, when the State knew the scale of abuse and the scale of the danger.