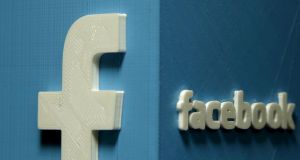 Evidence suggests that, for the first time in an Irish poll, social media channels such as Facebook, Twitter and YouTube have been as influential in the referendum campaign as traditional media. Photograph: Dado Ruvic/Reuters

Evidence suggests that, for the first time in an Irish poll, social media channels such as Facebook, Twitter and YouTube have been as influential in the referendum campaign as traditional media.

Figures for the social media reach of both campaigns show high levels of engagement.

Facebook posts from Yes Equality during the last week of the campaign had a combined reach of 1.6 million, with a very high level of engagement – there were 112,000 “likes”, comments or sharing of posts in the seven days leading up to the poll.

For the No side, one video clip posted by Mothers and Fathers Matter on YouTube, the group’s preferred primary social media channel, in the last week attracted almost 700,000 views. In it, two gay men, Keith Mills and Paddy Manning, outlined why they were voting No.

Craig Dwyer, the social media co-ordinator for Yes Equality, said its Facebook site was “liked” by over 65,000 people and its Twitter account attracted 16,000 followers since both were set up last November.

He said some of the videos embedded into its sites had enormous viewership, including those featuring Mary McAleese and Daniel O’Donnell, as well as Madeleine Connolly (90), who had called for a Yes vote.

The Yes Equality hashtag had a reach of over 2 million in any given two-day period, he said. Yes Equality used its online resources to encourage people to register to vote and devoted most of last weekend to ensuring its followers on social media were making concrete plans to vote.

“It was also a very effective way of mobilising the vote and motivating people to vote.”

Mothers and Fathers Matter was most visible on YouTube and on its home web page.

If the predictions of a high turnout are realised, it will mean a much higher percentage of young voters than usual will have voted (polls have shown the youngest age cohorts are the strongest supporters of the same-sex marriage change).

However, some caution has been expressed as to whether the influence of social media in this campaign can be carried through to the next general election.