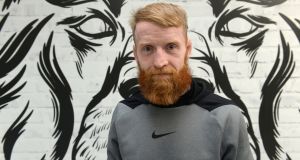 In January, Paddy Holohan made headlines after he questioned Taoiseach Leo Varadkar’s links to Ireland because of his Indian ancestry, and then made a series of highly-criticised remarks about women. File photograph: Dara Mac Dónaill

Sinn Féin has suspended all party activity in Dublin South West in the wake of the nomination of former MMA fighter Paddy Holohan as mayor of South Dublin County Council.

In an email to members of the party in the area, Sinn Féin said that at a meeting of the Ard Chomhairle on Saturday the 4th of July “it was decided to suspend all party structures and party activity in the Dublin South West Constituency pending a full review of the area”.

“This follows some recent political actions taken by some members in the constituency which the Ard Chomhairle views with deep concern.

“Suspension of all activity means that there will be no meetings or political activity of any section of the party in the area until further notice ie. Cumann,CC,or Council group meetings.

“The National leadership intends to meet with the new Dublin Cuige/Political leadership post the AGM on Saturday 11th July to assess the situation and set the terms of reference for a full review of the area.”

“Elected Representatives should continue to represent their constituents fully and continue to work from their offices under covid rules.”

Mr Holohan was suspended by the party in January.

Sinn Féin previously said it was “not aware” Mr Holohan’s name was being put forward.

In January, Mr Holohan made headlines after he questioned Taoiseach Leo Varadkar’s links to Ireland because of his Indian ancestry, and then made a series of highly-criticised remarks about women.

In a podcast interview the Sinn Féin councillor claimed that he had heard of “loads of” underage girls pursuing men and then blackmailing them. There were, he said “some f***ing scum women out there”.

“I actually find them upsetting,” she said.

A source in the party said the move did not mean that the memberships of those in the area would be individually suspended.

They said it would be impossible to “tar everyone in the constituency with the same brush”.