‘No one should be expected to live in a 12 square metre space,’ says Ó Broin 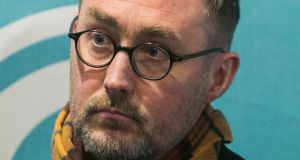 “It is not a solution to the crisis in terms of he availability of affordable accommodation for young people in our cities,” he said.

The idea is that residents of such developments have their own private areas for washing, sleeping and cooking, but there are shared common areas.

The new Minister for Housing Darragh O’Brien, in an interview last year, said he was opposed to the concept of co-living and has conducted a review of the laws.

Speaking outside Leinster House on Tuesday Mr Ó Broin said the Minister needed to make a quick decision as otherwise developers would submit applications in the run-up period. He said to his knowledge about 10 planning applications had been made in the greater Dublin area.