Single parent: ‘I felt like punching the TV screen’

Meet the Voters: ‘I got so annoyed when the party leaders started talking about health’ 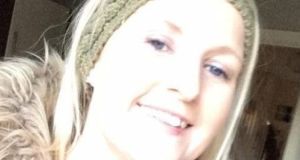 Ruth Cullen is a single parent with three children. She is a full-time carer for her son, who cannot understand language and her daughter who has scleroderma. Read Ruth’s full profile here

I watched the leaders’ debate on RTÉ and got so annoyed when they started talking about health. How many years have they been talking about it and nothing changing?

There still aren’t the services in the community and the situation in the hospitals has just got worse. I just think all their promises aren’t getting into it. They’re just platitudes.

When Enda [Kenny] started saying “jobs jobs jobs” and the recovery I felt like punching the TV screen. There aren’t new jobs, at least not decent new jobs!

I thought Richard Boyd Barrett was good on this, when he was saying that the jobs being delivered were not quality jobs, and when he spoke about how nurses were being recruited on far less wages than older nurses were getting for the same job. That, in essence, new nurses weren’t being paid for the job. It is no wonder they are leaving the country as soon as they’ve qualified.

I thought Stephen Donnelly [Social Democrats] was not as good as people said, a bit bland.

Now if Catherine Murphy was standing there I am sure it would have been a different story. I think he came across as a bit weak.

Gerry [Adams] was very good. I thought it ridiculous when some of the others brought up about whether he was in the IRA, again.

I agreed with him when he said it would mean little to the homeless children, or child poverty rates whether he had been or not. And it was funny when he called the other leaders of the other three main parties the ‘three amigos’. I enjoyed that, it summed them up.

The campaign so far has been interesting, but so far nobody has called to my home to canvass yet. I’ve been hoping they would, but there’s still time before the general election, and I’ll have a few things to say to them.

Ruth Cullen was in conversation with Kitty Holland as part of The Irish Times Meet the Voters series, profiling 10 sample voters in a bid to track the impact of the 2016 General Election campaign on their voting intentions. Follow them at irishtimes.com/election-2016/meet-the-voters