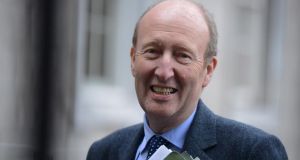 Independent TD Shane Ross said the PAC will be investigating allegations of tax evasion made by whistleblower Gerry Ryan in a dossier revealed this week. Photograph: Cyril Byrne/The Irish Times

Independent TD and Public Accounts Committee member Shane Ross has said that the PAC will be investigating allegations of tax evasion made by whistleblower Gerry Ryan in a dossier revealed this week.

“We have the capacity, the ability and the mandate to investigate these revelations, which are absolutely staggering.

“The PAC will essentially have to follow the money trail and see if tax was evaded. Our job will be to start with the revenue commissioners and find out why the relevant authorities have not done their jobs”, Mr Ross said in an interview with Colm Ó Mongain on RTE Radio One this morning.

Speaking of Mr Ryan’s submission to the PAC, Mr Ross said “this man was clearly utterly frustrated and saw this as a last resort in completing his investigations”.

Mr Ross said that the main tenure of these allegations is that “politicians were being protected. It is an appalling vista which we are looking at here and one which must be investigated”.

When asked about the alleged conflict of interest in the case of judge Declan Costello, who had a role in investigating the Ansbacher off-shore accounts, Mr Ross said the main issue of interest “is that Mr Costello was asked if he had an account with Guinness and McMahon and denied it. Then it emerged that he most definitely had an account there, one which he says he had forgotten about.”

In a statement made by Mr Costello’s family today they said that the Guinness and McMahon account was opened for a short period in the 1970’s to receive his share of his father’s estate, and that Mr Costello did not remember the existence of this account when asked to act as an Inspector in relation to the affairs of Ansbacher Cayman Limited on 22nd September 1999.