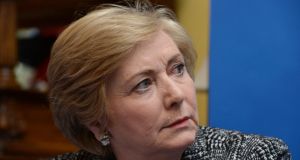 A new draft Bill to be published on sexual offences will focus in particular on combatting sexual exploitation of children and child pornography.

The General Scheme of the Criminal Justice Bill will outlaw the grooming of children. Offences will include the use of the web for sexual exploitation and sending of sexually explicit material to a child.

The legislation, to be published by Minister for Justice Frances Fitzgerald, will also criminalise the first time the purchase of prostitution services.

There will be additional provisions on harassment, indecent exposure and electronic monitoring for specific high-risk sex offenders.

It is a General Scheme, or a draft of the final Bill, with 62 separate heads.

Ms Fitzgerald has decided to retain the age of consent at 17 after her predecessor Alan Shatter had indicated he might lower it to 16.