Renua will hope to return its ‘big beasts’ to the Dáil

Party profile: The priority for the party is to get existing TDs re-elected 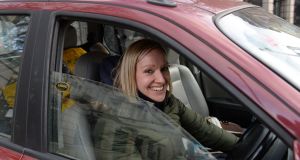 Relatively new Renua will be hoping to return its “big beasts” at the party’s first national electoral test, with any additional seats a pleasant surprise.

The question for leader Lucinda Creighton, her deputy, Billy Timmins, and Terence Flanagan is whether enough voters who supported them in the past will also be prepared to turn their backs on Fine Gael, as the party’s best-known candidates did in 2013.

Dublin Bay South (formerly known as Dublin South-East) is often described as a fickle constituency, and voters there are certainly unpredictable.

It is difficult to see a politician with Creighton’s profile failing to return to the Dáil, but her re-election in that competitive constituency is by no means a certainty.

In Wicklow, proven vote-getter Timmins will also test whether previous backers are willing to transfer their Fine Gael loyalty to the Renua logo.

Flanagan in Dublin Bay North is no star media performer but can be said to have a fighting chance of holding on to the seat he won as a Fine Gael candidate in 2011. The party has certainly been busy producing policy documents and had its manifesto out early.

Aside from its three outgoing TDs, the party will also be pushing Carlow-Kilkenny councillor Patrick McKee, who defected from Fianna Fáil and polled 9.5 per cent in the last by-election. Founding member Cllr John Leahy will be closely watched in Offaly.

Another councillor, Ronan McMahon, son of former Fine Gael TD Larry McMahon, is running in Dublin South-West and could perform quite well especially if the Fine Gael candidates fail to do so.

Although Renua is at pains not to allow itself be characterised as an anti-abortion party, the prominence of the issue in the campaign could benefit candidates.

Creighton, then minister of state for European affairs, voted against the Protection of Life During Pregnancy Bill 2013, forfeiting both office and parliamentary party membership

1 Could Ireland put towns under lockdown if coronavirus arrived?
2 IRFU seek meeting over call to postpone Ireland-Italy match
3 Dublin man may have been stabbed to death by woman in parking space row
4 Coronavirus deepens Iran’s isolation as global infections rise
5 Why Sinn Féin will not call the State by its name
Real news has value SUBSCRIBE