Opinion: Government is beginning to address criticism that civil service does not have enough specialists 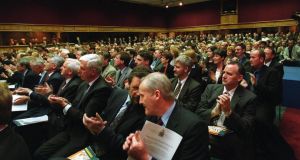 The establishment of the IGEES represents a major step on the Irish public sector reform agenda, requiring senior officials and politicians to agree the economic elements in decision-making be analysed in a more rigorous and transparent manner. Photograph: Bryan O’Brien

Everyone agrees that greater transparency and accountability in government are desirable – but until now one of the success stories of Irish public sector reform has flown largely under the radar.

Last week, the Irish Government Economic and Evaluation Service (IGEES), established in 2012, stepped firmly into public view. Its purpose is to “support better policymaking across the system, through enhanced economic and policy analysis expertise”.

A new website (igees.gov.ie) provides information on the nature and scope of its activities. More importantly, it is the official repository for papers produced by IGEES members across Government departments. Some papers are making a first appearance, others have been in narrower circulation, and more are due to be made available over the coming months. These papers are essential reading for all interested in economic decision-making in government.

The publication of the papers represents a major break with tradition in Ireland, where any such papers have previously been unavailable for external scrutiny. They should contribute to greater transparency, as have the papers published by the Irish Fiscal Advisory Council and the metrics provided on IrelandStat, the Government’s performance measurement website.

The decision to set up the service was part of the programme for government in 2011. While it is a Government-wide service, its development is being driven by the Department of Public Expenditure and Reform. It represents a major step on the Irish public sector reform agenda, requiring senior officials and politicians to agree the economic elements in decision-making be analysed in a more rigorous and transparent manner.


Tools of analysis
A major potential benefit is there will be better analytical resources available to the Civil Service to counterbalance those used by external stakeholders seeking to influence Government decisions. Ireland is finally beginning to catch up with England, Northern Ireland, Scotland and Wales, which have had government economic services for years.

The IGEES papers will also increase accountability – leading to greater clarity about different roles in policymaking. Economists and other specialists produce the analysis.

Officials propose policy options informed by that analysis and other considerations, such as administrative and budgetary capacity. Politicians will now have available to them both the evidence and the options.

Over time, we should expect the volume and range of papers and the depth of analysis to grow, with papers entering the public domain in a systematic and comprehensive way. New Zealand, long regarded as an exemplar of public sector reform, has been doing this since 1999.

Putting these documents into the public domain promotes comment and debate.

In setting up the service, the Government is also beginning to address criticisms that the Civil Service does not have enough specialist expertise. The shortage of specialists is usually attributed to recruitment and promotion policies that have favoured those with generalist skills. The issue here is not just one for economics – increased skill capacity is needed from other disciplines such as statistics, law, behavioural science, accounting and computer science.


Facilitating economists
If the reach of the IGEES is not strong beyond the Departments of Finance and Public Expenditure and Reform, its impact on improving decision-making will be limited. There are now IGEES units in most Government departments and these need to have well-trained economists with strong analytical skills. Hiring or seconding economists from government departments in other countries or from international organisations could speed up this process.

Finally, the economists must be given an opportunity to use and develop their specialist skills. They must not face promotion structures that incentivise their becoming generalists at an early career stage. Only if they have these opportunities will the IGEES succeed in producing the high-quality analysis required by politicians to make informed choices on our behalf.


Frances Ruane is director of the ESRI and a member of the oversight body for the IGEES. She co-edited with Pete Lunn
a volume based on ESRI research, entitled Using Evidence to Inform Policy