No seats for Labour if poll results applied 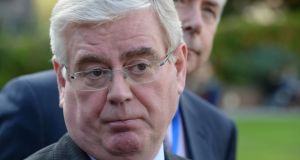 In light of the recent Irish Times/Ipsos mrbi poll, I have done a desktop exercise to see how the 158 seats in the 40 constituencies might be allotted in the 32nd Dáil.

If the results were simply applied to constituencies the findings would be fairly stark - no seats for Labour and a stack of seats for independents, Sinn Féin and Fianna Fáil. Sinn Féin’s support tends to be overstated in opinion polls in that a lot of their support bases comes from age groups and social classes where the voting rate is not high. The poll is a nationwide one and that means Labour support is a somewhat suppressed as there are constituencies where the party has never had a tangible presence. Some of its incumbents have also been returned elected over many elections, despite the fluctuations in support for the party over the years.

The exercise takes the data from the poll and applies it, taking cognisance of local factors and personalities, as well as the performance of parties in the 2011 election. It is an inexact science and some of the calls are marginal.

For example I have pencilled in Sinn Féin winning a seat in Galway West, where two independents, sitting TD Noel Grealish and city councillor Catherine Connolly will also be in the hunt. I have predicted Fianna Fáil winning two seats in Dublin Fingal but the destination of the fifth seat is a lottery, and it could go to an independent or even to the Labour Party.

I have treated the Reform Alliance candidates as separate to Fine Gael and classed them with independents and others - thus Billy Timmins is classified as an independent in Wicklow as is Lucinda Creighton in Dublin Bay South.

Fianna Fáil will take far more seats than Sinn Féin because the party will attract far more transfers than it did in 2011, its organisation is far more developed and its core supporters are reliable voters.

As can be seen, it involves a lot of judgement calls, many of them based on hunches and instinct. And therefore, they are fallible. Be that as it may, this is where I see the political landscape at this moment in time.

The slightly worrying aspect is that there are no readymade combinations to be discerned that will get to the magic number of 79 - other than Fine Gael and Fianna Fáil coming together to form a grand coalition.