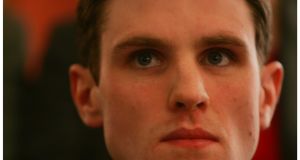 Shane Cassells (37) of Fianna Fáil is a new TD who has been a long time waiting for his Dáil seat. He was elected to Navan Town Council in 1999 aged 21 and has been a member of Meath County Council since 2004. He has twice served as mayor of Navan. He was Fianna Fáil’s byelection candidate in the Meath constituency following John Bruton’s departure to Washington in 2005. The late Shane McEntee held the seat on that occasion for Fine Gael, narrowly beating Cassells with 34 per cent of the first preference vote to the Fianna Fail candidate’s 32 per cent. A journalist with a BA in Journalism and Media Communications, Cassells works with publishing house Devlin Media. He is married to Fiona Healy and they have three children – Clodagh-Jane (6), Noah (4) and Bobby, aged two. He is a nephew of former Ictu leader Peter Cassells.