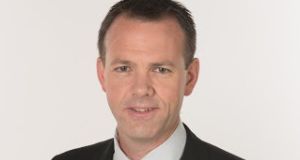 Sinn Féin’s John Brady is the party’s first Dáil representative in Wicklow for almost 100 years. A self-employed carpenter by trade, he became a full-time public representative in 2013 after his business folded due to the economic downturn. His first involvement with elected politics was in 2004 when he won a town council seat in Bray, Co Wicklow, in 2004. He secured a county council seat five years later. The father of five came within just over 100 votes of securing the final seat in the constituency in 2011, before losing out to Stephen Donnelly. Since then, the party made a major breakthrough in the 2014 local elections, increasing the number of councillors to six. He was at the centre of media attention in 2014 when he and his family received an eviction notice over work he carried out on his council house a decade ago without planning permission.