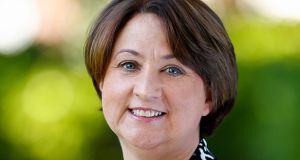 Anne Rabbitte benefited from automatic selection because of party gender quotas but the highly regarded Fianna Fáil county councillor went into the election as more than just a token candidate. Originally from the north of the county, the now Portumna-based financial adviser enjoys considerable support in the Loughrea electoral area. A widow and mother of three, Rabbitte has worked for Bank of Ireland for the past 15 years. She is the chairwoman of the Galway County Council finance committee and also a member of a number of Portumna community groups including the camogie club and tidy towns committee. She is a small farm owner as well as a bog owner and her areas of interest are rural development, tourism, health and fitness, early intervention childcare and care of the elderly. Her platform in general election 2016 focused on rejuvenating the “struggling communities” of south Galway.