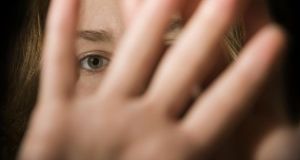 The legislation consolidates all previous Acts dealing with domestic violence.

Landmark legislation to provide better protection for victims of domestic violence has passed all stages in the Seanad.

The Domestic Violence Bill, brought to Cabinet and initiated in 2015 by then tánaiste and minister for justice Frances Fitzgerald, has already been passed by the Dáil and is now expected to go the President to be signed into law.

The legislation makes it simpler for those suffering domestic violence to get barring orders and will allow courts to prevent perpetrators from contacting their victims by electronic means.

It also introduces a new criminal offence of coercive control, where an offender engages in psychological abuse in an intimate relationship that causes fear of violence, or serious alarm or distress.

And it provides that an intimate relationship between victim and perpetrator must be regarded as an aggravating factor in sentencing for a wide range of offences.

The Bill creates a new criminal offence of forced marriage and it repeals provisions that allow marriage under the age of 18.

Children will be able to make their views known to the court where an order is sought on behalf of, or will partly relate to, a child. Courts will have the option of appointing an expert to assist in ascertaining the views of the child.

And they will be able to recommend that a perpetrator engages with services such as programmes aimed at perpetrators of domestic violence, addiction or counselling services.

As well as being a reforming Bill, the legislation also consolidates all previous Acts dealing with domestic violence.

Welcoming the passage of the Bill, Minister for Justice Charlie Flanagan described it as “one of the most important pieces of legislation to come before the Oireachtas this year”.

The State has yet to ratify the Istanbul Convention, formally known as the Council of Europe Convention on Preventing and Combating Violence Against Women and Domestic Violence.

But the Minister said Ireland would now meet many of the Convention’s requirements and there remained one technical piece of legislation to be completed, for which he had received Cabinet approval this week.

Mr Flanagan acknowledged the role played by Ms Fitzgerald and by Minister of State for Equality David Stanton in advancing the legislation. Both the former tánaiste and Mr Stanton attended in the Seanad for the passage of the Bill.