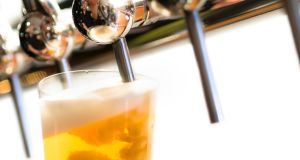 Opposition TDs rejected a claim by Minister for Justice Charlie Flanagan of a contradiction in their views on two Bills dealing with alcohol as legislation aimed at helping craft breweries was approved in the Dáil.

Opposition TDs rejected a claim by Minister for Justice Charlie Flanagan of a contradiction in their views on two Bills dealing with alcohol as legislation aimed at helping craft breweries was approved in the Dáil.

The row happened as TDs debated amendments to a Bill that would allow small craft brewers to sell beer to the public at their breweries on an off-licence basis and to extend opening times for such premises by an extra hour to 7pm.

At present visitors to the breweries have to take a tour if they wish to purchase beer.

Mr Flanagan said the Craft Beer (Distilleries and Breweries) Bill, a private member’s Bill introduced by Labour health spokesman Alan Kelly, was asking him to open up a new category of off-licence.

The Minister said the Bill was introduced on the basis of enhancing tourism but “I do not know any tourists who are going to drop by on a Friday evening and pick up a few six-packs for the lads for the party or the stag”.

The amendment would allow licence holders to concentrate on selling their products to the public rather than providing guided tours for tourists and visitors.

Mr Flanagan, referring to the Public Health (Alcohol) Bill, said he was “surprised at the contradictions in the parties’ positions on these two Bills.

“I am being asked to liberalise the off-licence regime on the one hand and on the other hand, my colleague Minister for Health Simon Harris is being exhorted to control and restrict the sale of alcohol.

“I see a contradiction in that,” he said, adding that he was surprised the Opposition did not.

“It is a very sensible and reasonable proposition that the location producing these goods should be allowed to sell them as it would with any other food product,” he said.

He said “the more craft beer we make and sell in competition with the big boys like Diageo, the more of a positive step it will be health-wise.

“Craft beer is much better for our health than the chemical beer made by the big brewers. Craft beer drinks are consuming a much better product.”

Independents4Change TD Clare Daly rejected the Minister’s claim that the Bill was solely for tourists and said the “measures we are proposing are being put forward to help small, indigenous Irish industry, particularly in rural Ireland where it is badly needed”.

The House voted to extend opening times by one hour from 10am to 7pm and for off-licence sales to the public. The Dáil passed the Bill which now goes to the Seanad for consideration.