Call for Quinn to make ‘abject’ apology to Louise O’Keeffe

The European Court of Human Rights has ruled in favour of Irish woman Louise O’Keeffe in her landmark case against the Irish State. 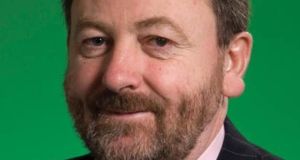 Senator Denis O’Donovan: said that as politicians, they should feel a great shame at what happened to Louise O’Keeffe

He believed the State had failed her. “She was frustrated in her attempts to get justice and the High Court and the Supreme Court let her down,” he added. “She eventually found solace elsewhere in Europe. ”

Mr O’Donovan said that as politicians, they should feel a great shame at what happened to Ms O’Keeffe. He added that she had approached him when he was a TD some years ago and he felt frustrated because, first, his representations fell on deaf ears, and second, he was told the matter was sub judice and that it was a matter for the courts. “I admire her tenacity and courage in pursuing this case over nearly four decades.”

Mr O’Donovan said he was troubled about the situation developing in the State where there was “a David and Goliath battle” whenever a citizen took on the power of the State.

“The State has the power of the Attorney General and free access to legal aid,” he added. “I am aware of another similar case where a farmer became so frustrated in his efforts to find justice that he gave up.”

Martin Conway (FG) said he was in complete agreement with Mr O’Donovan’s comments. “The State needs to act on the outcome of this case and must ensure we will no longer be embarrassed by the way the woman in question was taken through the courts.”

Ivana Bacik (Lab) said she knew there would be consequences from the European court’s judgment, which was a lengthy document. “However, I hope we will debate it, as well as how best the State can protect pupils who are, unfortunately, victims of sexual abuse in schools,” she added.