Call for Ambassador to be recalled over Ibrahim Halawa 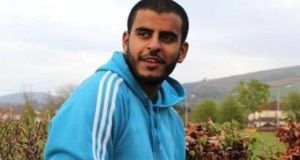 Ibrahim Halawa: People Before Profit TD Bríd Smith has called for Ireland’s Ambassador to Egypt to be recalled in protest at his continued detention.

Mr Flanagan was responding to People Before Profit TD Bríd Smith who called for Ireland’s Ambassador to Egypt to be recalled in protest at his continued detention.

Ms Smith said Ireland should follow the example of Italy when a young Italian student went missing and was subsequently found murdered on the streets of the capital.

She said the recall in that case was immediate and the Italian government was now considering trade restrictions.

The Dublin South Central TD also called for intervention by the Taoiseach directly with the Egyptian authorities. The Minister expressed his disappointment and frustration at the 13th postponement of Mr Halawa’s trial.

Mr Flanagan said: “I met with the citizen’s father and sister last week in advance of the hearing to reaffirm our continued commitment to securing his release.

“A further meeting took place between officials and Mr Halawa’s family on Friday where the latest developments were reviewed and options for future action including a new application under presidential decree 140 were actively considered.”

Ms Smith warned: “Should anything happen Ibrahim, should he not be released or found tortured or damaged then be it on your head Minister and be it on the head of the Government because there isn’t enough being done.”

The Minister insisted the Government was doing everything possible.