Attitudes to mental health criticised in Seanad debate on abortion 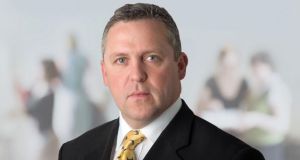 A Labour Senator has hit out at the attitude towards mental health expressed by some of those opposed to abortion for women who are suicidal.

John Gilroy, a former psychiatric nurse, said the Protection of Life During Pregnancy Bill allowed for terminations in a medical emergency and everyone agreed with this. This was dealt with in section 8 of the Bill, he said. However, he added, the opposition of some to a termination where there was a suicide risk, dealt with in section 9, was a reflection of attitudes to mental health.

Mr Gilroy criticised rebel Fine Gael Senator Fidelma Healy-Eames for having an attitude that he had hoped had disappeared 40 years ago.

Ms Healy-Eames had asked what happened when a baby, on grounds of a woman being suicidal, was delivered early and survived. “What is the status of that baby? Who does this baby belong to? What surname will that baby have?”

She was concerned that the mother might then ask in a month’s time when she got well “where’ s my baby?” And if she did not want the baby and discovered it was in care, that that might further affect her mental health.

“That demonstrated a fundamental attitude towards mental health that I as a professional had hoped had gone out of this country 40 years ago,” Mr Gilroy said.

When Ms Healy-Eames said it had been put on the record of the House by a psychiatrist, he said it was worse if a psychiatrists said it “because it is a paternalistic approach to mental healthcare. It’s gone out with the straitjacket and walled mental hospitals.”