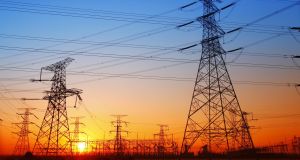 The plan, involving a cross-Border network of pylons and high-voltage lines, has met with considerable opposition in Counties Meath, Cavan and Monaghan.

It has been strongly defended by EirGrid at a meeting of the Oireachtas communications committee.

“I have no difficulty benefiting the North of Ireland. I would support anything that can lead to better integration of the electricity market on this island and working towards and all-island electricity market,” Mr Byrne said.

“But it cannot be done at the cost of an environmental and health and historical and heritage catastrophe, in my view,” the Meath Senator added.

He said he and the people of Meath were demanding that the interconnector be put underground.

Fine Gael TD for Meath Helen McEntee accused EirGrid of “completely ignoring” the “genuine fears” of people in the northeast who had concerns about pylons.

“I don’t know if you’ve watched football in Meath over the last 20 years but if you have you’ll know that people in Meath don’t roll over,” she said.

“We have assessed it. We have gone back to that several times to make sure that the option that we’re bringing forward is the appropriate one - in part because we recognise that it’s a difficult, controversial project.

“We want to make sure we’re doing the right thing for the people of Ireland. We have no interest in building pylons or any particular type of solution.”

Minister says ‘rules apply to everyone’ after MP pictured on train without mask 13:16
Covid-19: Hospital cases rise above 100 for first time since early June 13:06
Father speaks of ‘great courage’ of murdered daughter as man convicted 12:59
Highly-disturbed teenager who has threatened to kill mother due for release 12:25
Covid-19 cases higher in areas with large proportion of renters, CSO says 12:21